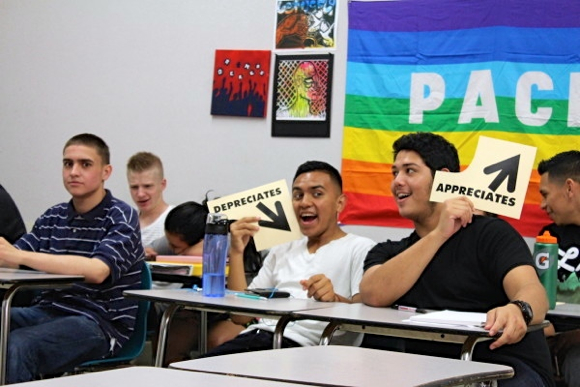 Talking about money may make some youth more squeamish than a freshman at his first biology dissection, but knowledge about money remains core to an individual’s ability to succeed in the modern economy. Teens from under-resourced communities in Menlo Park and beyond often graduate from high school without basic financial literacy. The volunteers and teachers of Future Profits aim to change that.

The Future Profits curriculum grounds the lessons in the context of daily life, covering everything from payday loans and saving accounts to life planning. Activities and competitions cut down on “chalk talk,” engaging students with games such as analyzing how modern music talks about money.

The Future Profits program has expanded to seven local high schools, including Menlo-Atherton. The majority of the partner schools are located within the Sequoia Union High School District, and the organization aims to reach those students at high risk for dropout or moving toward minimum wage jobs. 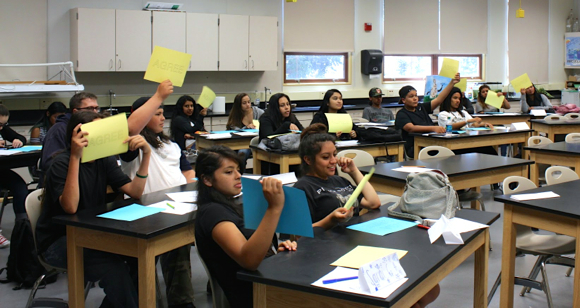 Teachers voluntarily set aside one class session per week. A team of Future Profits volunteers use the class session to present the 24-lesson curriculum over the course of two semesters. Each team includes a rookie and veteran volunteer, allowing the new volunteer to learn the ropes before going on to teach the curriculum and mentor another volunteer themselves the following school year.

Steve Sawyer, eight-year veteran volunteer of the program and a resident of Menlo Oaks, said that he sees the program expanding the horizons of students and helping the kids “develop more of a vision of the possible in their lives.” He hopes students gain an “effective set of tools” to discern paths for themselves through activities that help the students plan their personal, financial, and life goals.

In the opinion of Lil Johnson, who started as a volunteer in 2012, the program provides a “vocabulary of how to make it in the world and not get played.” Rather than being directed simply for under-resourced kids, Johnson believes “all high schools should have this” or a similar program in financial literacy.

Now that summer break has ended, volunteers will be heading out to Menlo-Atherton with the onset of the fall semester. These dedicated volunteers hope the program continues to reach more and more students so that the teens of the Bay Area are not held back by ignorance of money.