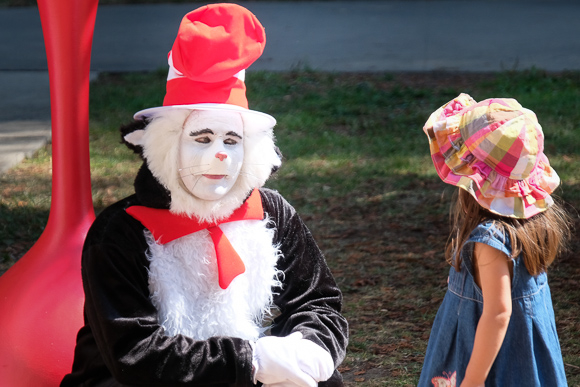 Menlo Park’s library held a birthday party for itself today, celebrating its 100th year by bringing books to life with costumed characters, to the delight of kids and adults alike.

There were mini sets from The Great Gatsby (where you could grab a glass of “champagne” aka sparkling cider) and Treasure Island (with a big pirate ship), among other books. But what really captured children’s attention was the interaction with many of their favorite characters from books. The Cat in the Hat was particularly popular as was Alice and the Mad Hatter from Alice in Wonderland. 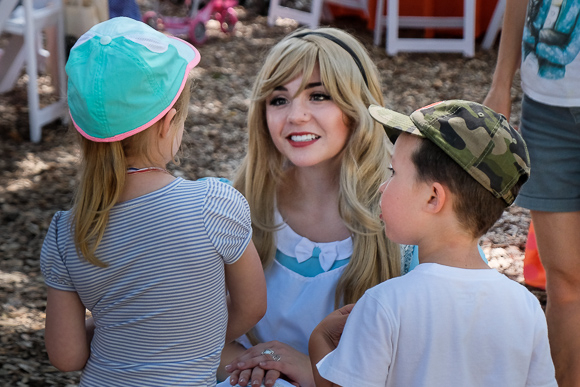 Rounding out the event was music to suit a variety of tastes, food to nibble on, and face/body painting/tattooing.

What may surprise some is the fact that print books are still the prime circulating category of materials followed closely  by audio-visual and electronic media, according to Library Director Susan Holmer, who assumed her position in 2002. There are two locations: the main library on Alma Street and a branch that shares space with the Belle Haven Elementary School. Wi-Fi is available at both and heavily used by many. 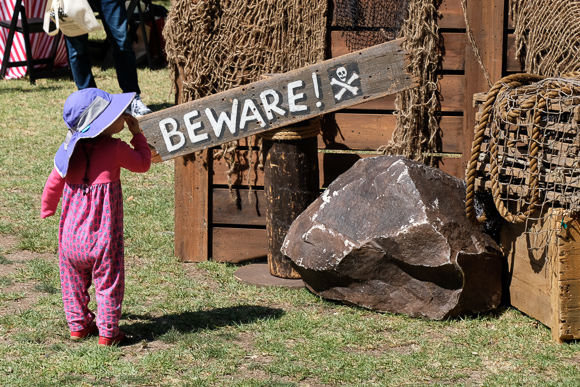 “Children’s story times have exploded in popularity,” Susan noted. “The library offers up to 10 story times every week and all are completely full. In the summer we hold the most popular ones outside under the big oak tree and will have up to 250 children and caregivers attend each time.”

She filled us in with some background about the library’s history:

“From the time that Menlo Park Library was established in the principal’s office of Central School as one of the first seven branches of San Mateo County Library in 1916, it’s been available to the public. The library started with just 50 books to circulate, but in nine months the collection grew to 237 volumes. 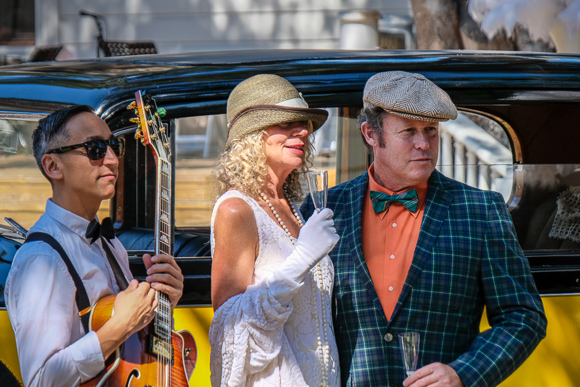 “By the end of the 1930’s, the collection had grown to over 10,000 volumes. Miss Clara Dills, a librarian of this period, described the branch as having started almost as a club, and the spirit of friendliness and the club-like atmosphere have been retained throughout the years. The patrons were all greeted by name, and their individual tastes were known and accommodated by the librarians.

“With the current 20,000+ registered cardholders it is difficult to greet everyone by name, but the same friendly atmosphere exists in the library. The collections and activities are chosen with care to reflect the tastes of our Menlo Park community. The library began as a community gathering spot and revels in that role today.” 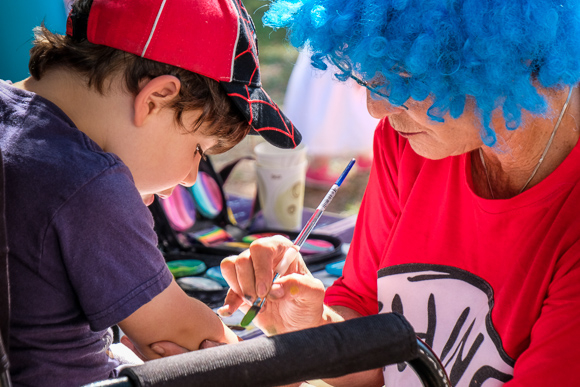