History of the Milky Way explained by SLAC physicist on Oct. 11 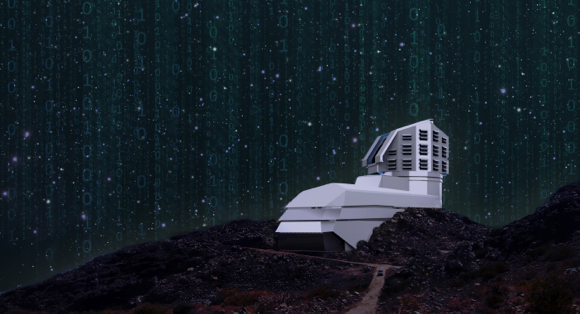 What do we know about the origins and history of our home galaxy, how do we know it — and how can we use that information to hypothesize about the future of the Milky Way? On Tuesday, October 11, SLAC Astronomer Phil Marshall will share billions of years of history in about an hour’s time at 7:00 pm at the Menlo Park Main Library (800 Alma St.).

SLAC National Accelerator Laboratory, originally named Stanford Linear Accelerator Center, opened in 1962, is a U.S. Department of Energy National Laboratory operated by Stanford University under the programmatic direction of the U.S. Department of Energy Office of Science. Six scientists have been awarded Nobel prizes for work done at SLAC, and more than 1,000 scientific papers are published each year based on research at the lab.

Astrophysicist Phil Marshall is a staff scientist at the Kavli Institute for Particle Astrophysics and Cosmology at SLAC. His main research interest is observational cosmology using gravitational lensing — weighing galaxies and measuring the expansion rate of the Universe. Dr. Marshall is involved in a number of surveys to find new lenses, using both ground-based and space telescopes, including designing the strong lensing science analysis for the Large Synoptic Survey Telescope.

Phil Marshall’s talk is“The History of the Milky Way Galaxy: 14 Billion Years B.C.E. to the Present.” The event is free, and no preregistration is necessary to attend.