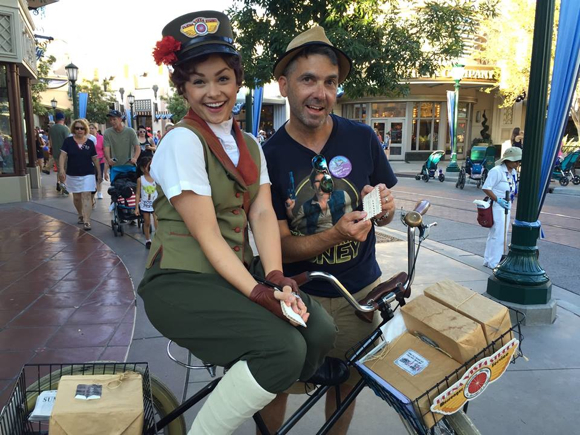 Editor’s note: Being friends with Menlo Park resident John Donald on Facebook felt, at times, like a Goundhog Day experience. Could he and his family really be at Disneyland again? The answer was yes, as John explains below. Use his “insider” tips if you’re planning a visit to the Park for its Halloween or holiday festivities.

[My wife] Elaine and I had annual passes…It was especially fun to have them this year during Disneyland’s Diamond Celebration which ended on Labor Day. Disneyland is an amazing marvel of amusement and engineering. It’s no easy task to keep a beloved institution current while at the same time preserving and celebrating its history.

We’ve been going at least annually since 2007 and had annual passes in 2012/13 also. We’ve made trips as a family, as a couple, and a few with the kids but only one parent. If you are planning more than one trip to Disneyland in any 12-month period, we have found that the Annual Pass makes a lot of sense and saves money, especially considering the discounts on food and merchandise. There are sometimes other benefits as well — for example, in the past they have offered early entry to Annual Passholders. 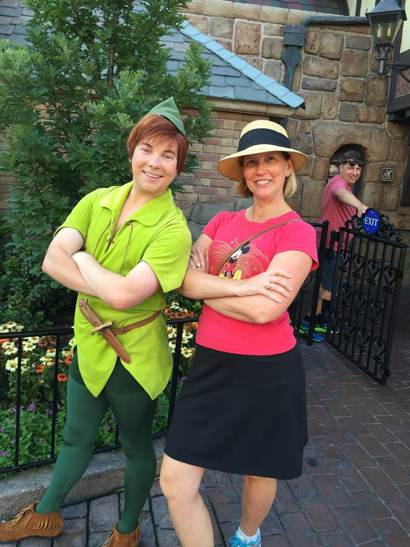 Here are our top five tips:

1. Arrive at the gates at least 30 minutes before park opening. The most efficient part of the day is morning, before the park fills up. And the lines outside get long.

2. Lean the FastPass system and use it. FastPasses allow you to return to a shorter line for an attraction at a later designated time period. We rarely wait in lines 20 minutes or longer, thanks to FastPasses.

FastPasses don’t cost anything — anyone can get them. You can get a new set of FastPasses either when the return time on your current set has started, or two hours after you have pulled your current set. Designate a runner to go get FastPasses when your eligibility starts; it is much easier for one of you to hold all the park tickets, go get the FPs and then join up with the group again.

Know where the FP distribution is — sometimes it’s not near the entrance to the attraction. You have about a 10-minute grace period on either end of the return time; some FastPasses are disconnected from the system, meaning that you can hold sets of FastPasses that overlap in time. Current disconnected FP attractions are Buzz Lightyear and Astro Blasters at Disneyland and World of Color and Frozen Live at Disney California Adventure (DCA).

Also, the Disneyland and DCA FP systems are not connected. You can obtain a FP at one park and then immediately walk to the other park and obtain another FP. As long as everybody has entered one of the parks, you can obtain FP’s from either park. 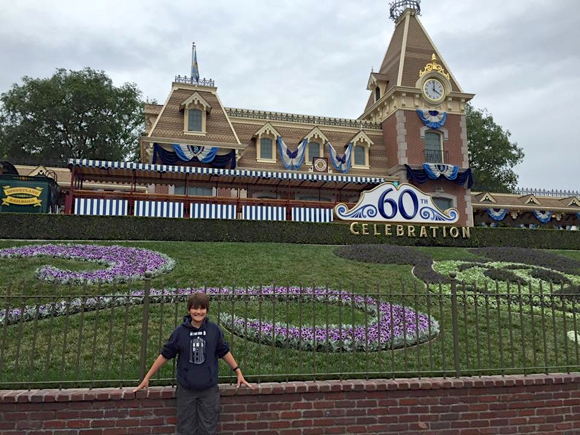 4. Fly into Long Beach Airport. Orange County is a little closer, but Long Beach is very efficient — we have been in our rental car and on the road even before our flight is scheduled to land! Avoid LAX. If you have the stamina, take an early morning flight, check into your hotel, hit your hotel’s free breakfast, and hit the parks around opening. You can leave the next evening, have two days in the parks and pay for only one night at a hotel.

5. Be aware of single-rider lines — these lines are much much shorter but only a few rides have them, in particular, Matterhorn and Indiana Jones at Disneyland and Radiator Springs Racers and California Screamin’ at DCA. Single riders have to be 7 or older (or can convincingly assure the ride attendant of that).

John has more tips; stay tuned for another post