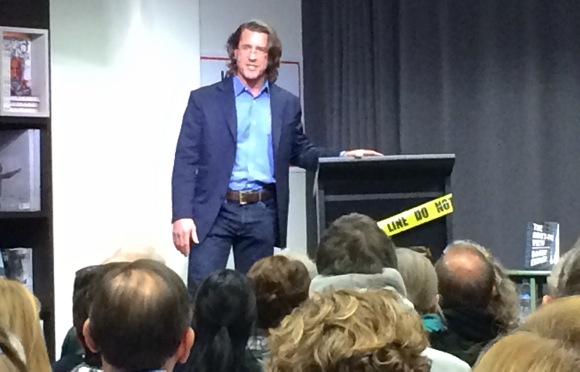 Menlo Park-based author Barry Eisler has launched every single book he’s ever written at Kepler’s Books, and it’s time for lucky number thirteen. Eisler’s new standalone thriller, Livia Lone, is an incredible ride that may be his darkest and grittiest novel yet.

Seattle PD sex crimes detective Livia Lone knows the monsters she hunts. Sold by her Thai parents along with her little sister Nason, marooned in America, abused by the men who trafficked them, the only thing that kept Livia alive as a teenager was her determination to find Nason.

She has never stopped looking. And she copes with her failure to protect her missing sister by doing everything she can to put predators in prison. Or, when that fails, by putting them in the ground.

Barry Eisler spent three years in a covert position with the CIA’s Directorate of Operations. Translated into nearly 20 languages, his bestselling thrillers — including the #1 bestseller The Detachment — have won the Barry Award and the Gumshoe Award for Best Thriller of the Year and have been included in numerous “Best Of” lists. When he’s not writing novels, he blogs about torture, civil liberties, and the rule of law.

Eisler will be a Kepler’s on October 25th at 7:30 pm. The event is free, but RSVP for tickets.