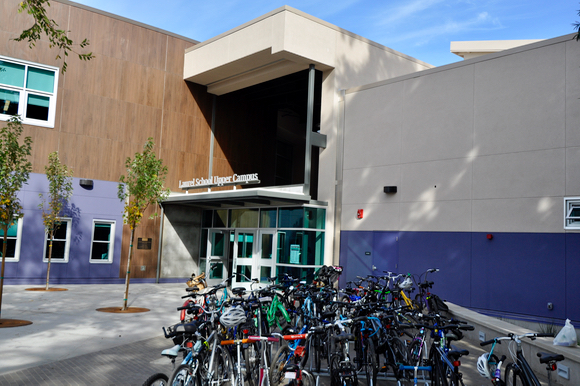 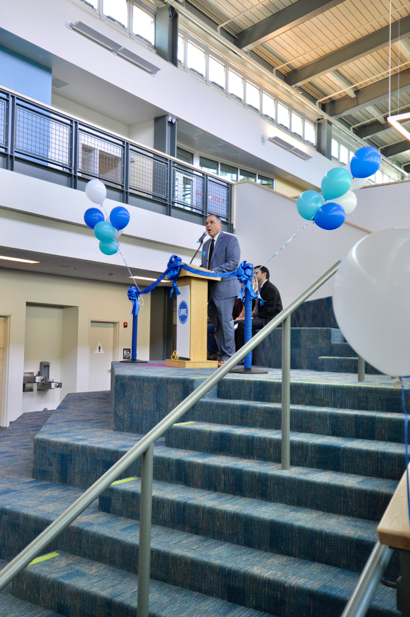 The community and parents got to see what students saw when they walked into their classrooms on Monday, October 17, when Laurel Upper Campus officially opened. Today, school and district officials gathered to commemorate the brand new school as well as celebrate Laurel winning a 2016 National Blue Ribbon Award.

The Upper Campus, located at 275 Elliot Drive, serves 300 students in grades 3 to 5. The two-story school was funded through a $23 million bond measure passed by voters in 2013. It has 16 classrooms as well as facilities for science/technology, math, art, and music and playground/sports fields. It relieves overcrowding at Laurel Lower Campus and Encinal School.

Principal Linda Creighton announced in September that Laurel had received the Blue Ribbon Award “…[for] high achievement in all students (all diverse groups must demonstrate in high achievement). In California, only 35 public schools were invited to apply for the award; 35 represents less than half of a percent of all the California public schools.” 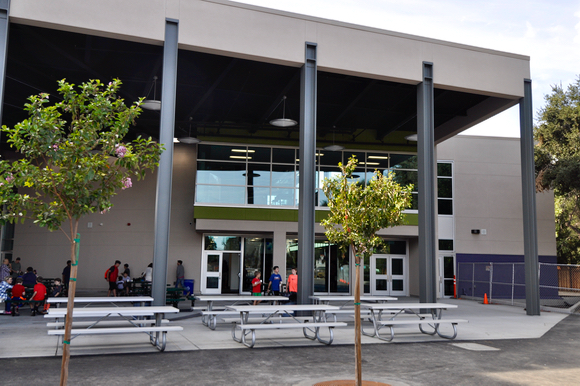