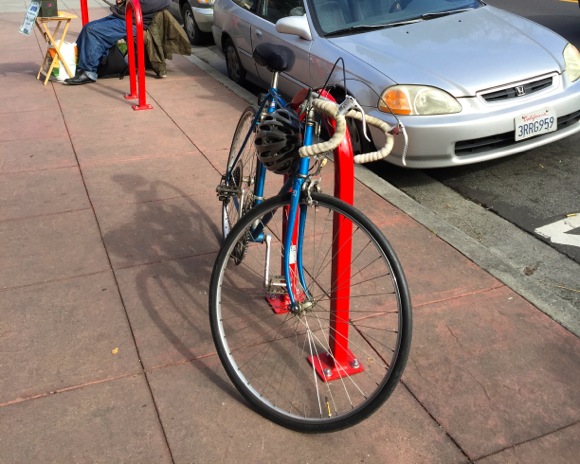 Bike Menlo Park is piloting a Frequent Rider Card to support people who shop by bike in Menlo Park. The program supports healthy, sustainable transportation and local businesses, beginning with Menlo Park’s Halloween Hoopla on October 29th and running through the end of the year.

Pick up a card at the kick-off event or from a participating Menlo Park merchant and shop by bike seven times for a reward.

The project is a collaboration between the City of Menlo Park Bicycle and Transportation Commissions, Friends of Caltrain, Menlo Spark, Bike Menlo Park, Silicon Valley Bicycle Coalition, the Menlo Park Chamber of Commerce, and participating merchants.