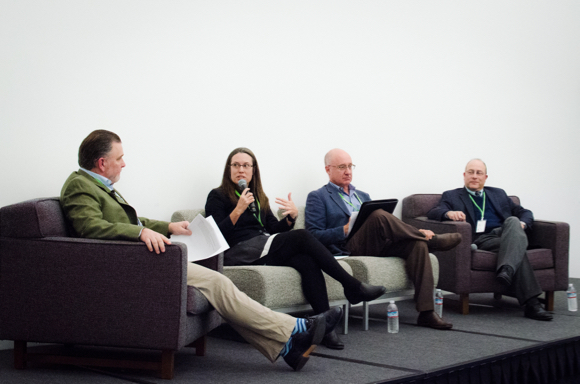 Last Thursday, Menlo Park Mayor Rich Cline gave the annual State of the City address at Facebook to discuss how the city has grown and will continue to grow through the “most successful era the city’s seen.”

After, he met with a panel consisting of Evelyn Stivers, executive director of Housing Leadership Council of San Mateo County, Ted Lempert, trustee of San Mateo County Board of Education, and Mark Spencer, managing principal of W-Trans, to discuss the challenges facing Menlo Park. 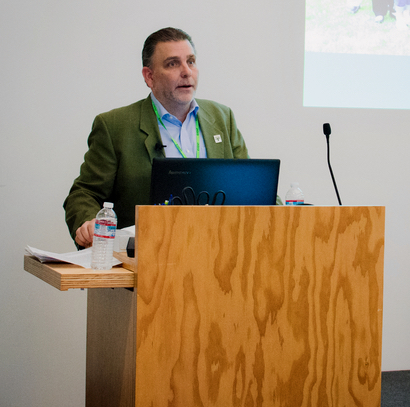 Though Cline believes the city is in a time of great prosperity, he says that this prosperity is “built on a weakening social foundation [that will become] more marginalized as growth continues.” Some of the wealthiest people in the country live on one side of Highway 101, while some of the most economically challenged live on the other.

According the Cline, one of the biggest issues facing Menlo Park is the lack of affordable housing. As buildings are remodeled and rebuilt to become more sustainable, property becomes more expensive. “That a good thing in the long term,” states Cline. But, “it’s hard now because it’s happening all at once.”

During the panel discussion, Stivers explained that three things are necessary to make housing affordable: political leadership, funding, and open sites. She believes that Menlo Park has all of those attributes; however, with about 26 available jobs per available house in Menlo Park, the housing shortage will not be easy to fix.

This rise in housing cost has also contributed the rise in drive-through traffic, as many people cannot afford to live in the city and must commute. In fact, 80 percent of traffic in Menlo Park is not local traffic.

In addition to the approximately 1000 housing units for sale, Menlo Park now has seven new cafes, and City Hall gets about 80 percent of its energy from solar panels. For the future, Cline wants to build a new library and bring the school districts together. Currently, there are 5 school districts that all receive drastically different funding, creating what he describes as a “social equity issue.”

Though Cline wants to consolidate school districts, Lempert asserts “consolidating is not necessarily the answer.” He adds, “I understand the frustration with the different districts [but] the bigger issue is that we are way behind funding than other states. The highest funded districts here are far behind the national average.” According to Lempert, solving the issue of education is a matter of engagement and funding, as the community needs to recognize that “kids are important.”

Beyond housing, transportation and education, Cline discussed another challenge for the city: As Facebook continues to grow, “are we sure we’re going to be able to swallow it? Are they going to get bigger than the city?” He compared the current situation to that of a company town.

“[Menlo Park] is going to be a company town…I don’t think we want that,” he said. “It’s going to be impactful, but we were here before – we’ve had success with or without Facebook.”

Despite the possibility of a company town, he remains optimistic, saying, “When you think there’s a weakness, it becomes a strength if you look at it the right way.”Though Menlo Park faces undeniable challenges in the coming years…the state of the city is very strong. [Let’s]  be grateful for it.”