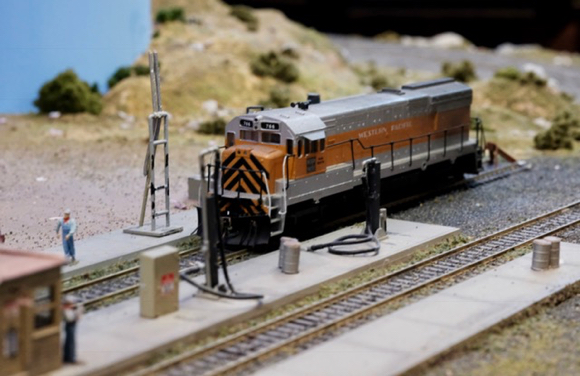 We stopped by the West Bay Model Railroad Association building in Menlo Park to chat with members about progress over the past year in advance of the group’s annual open house on Saturday, Dec. 3, from 1:00 to 6:00 pm and Sunday, Dec. 4, from 1:00 to 8:30 pm. (Note: Caltrain’s Holiday Train is scheduled to arrive at Menlo Park Station around 7:45 pm on Sunday.)

Three years ago, WBMRA members scrapped the existing train layout and began an entirely new two-level HO layout. While much of the upper level was completed in time for last year’s open house, it’s now totally complete with new scenes, many of which are remarkably life like (if in miniature!). Our favorites included an oil refinery, a coal company and a main street. 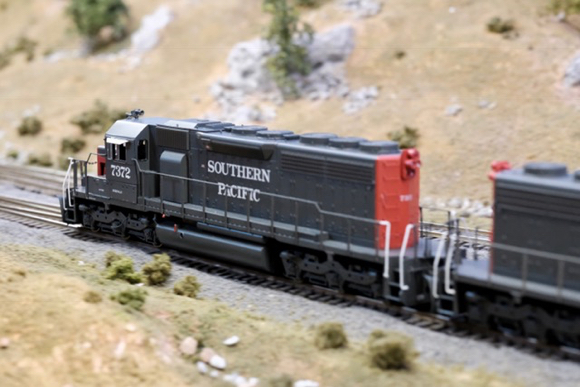 This year saw the beginning of the lower deck, explained Clyde King, who serves as association president. “Our goal is to have it complete by next year,” he said. 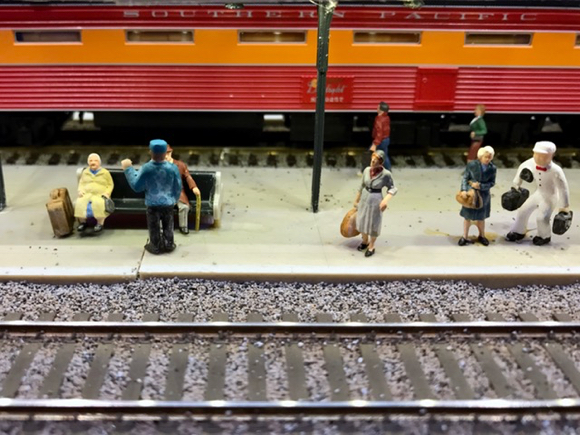 The trains are powered by engines inscribed with names of past and existing train companies. We feature four of those locomotives with this post. 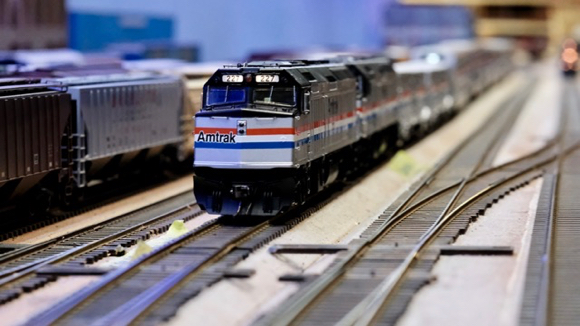 When we remarked at how skillfully every last detail is employed, including tiny people engaged in various activities, association member Lauren Mercer told us that train hobby shops specialize in these figures which help bring the scenes to life. 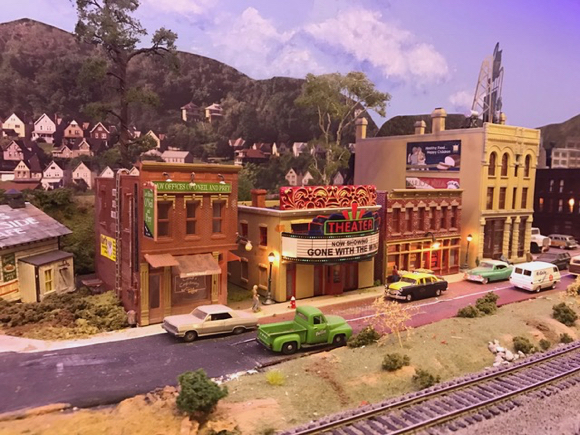 Admission to the open house is free. Donations are greatly appreciated as they fund continuing work on the railroad. The Model Railroad Building is located in the former Southern Pacific baggage building at 1090 Merrill St., south of the Menlo Park Train Station near Ravenswood Avenue. 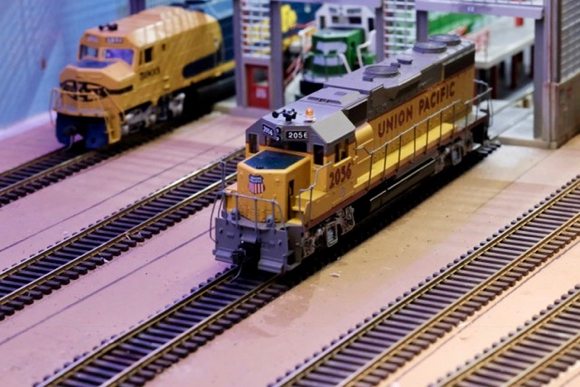 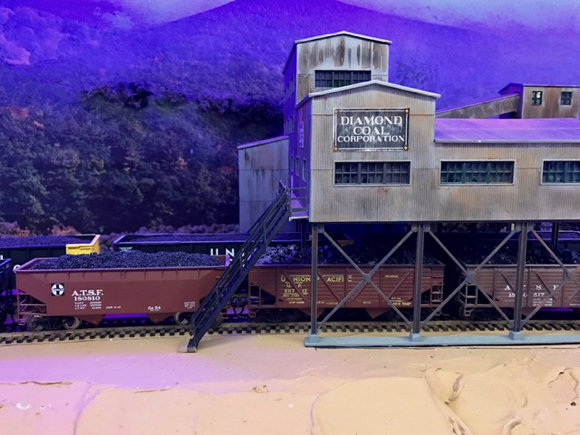