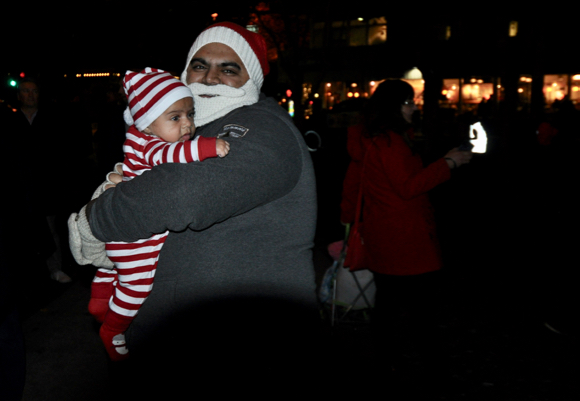 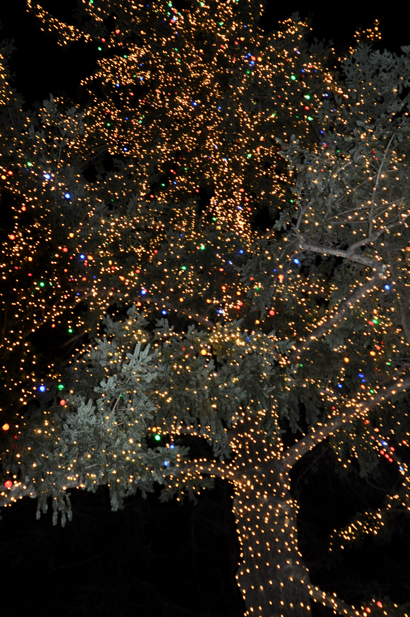 There was caroling performed by the Encore Vocalists and a reading of “The Night Before Christmas” by Santa himself, who had held dozens of kids on his lap before taking the microphone.

We feature our favorite father/baby duo of the night as we’ve never seen a cap that incorporated a beard, not to mention the infant dressed in his/her candy cane best.

The tree lighting at the park was first resumed in 2013 when Ray Mueller was mayor, after being dark for many years.