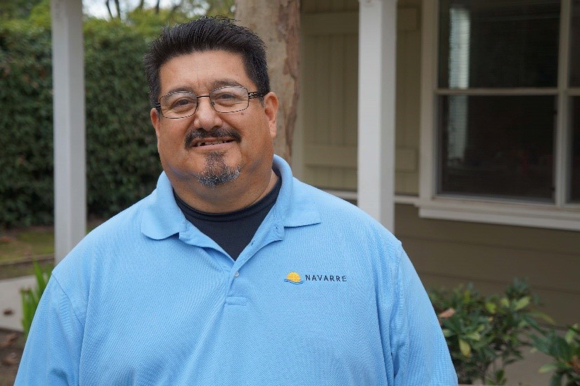 Editor’s note: As we did last June, InMenlo is participating with 80 other Bay Area news outlets in another day of mass coverage about homelessness in the San Francisco Bay Area and what can be done about it The SF Homeless Project was organized by the San Francisco Chronicle, and the first day of coverage on June 29 produced more than 350 pieces of content and inspired similar efforts in cities around the country, including Seattle, Los Angeles and San Diego.

A job promotion brought Ruben to the Bay Area, but the veteran became homeless soon after relocating, Skyrocketing housing costs and other unforeseen expenses quickly left him with very little income.

Initially feeling hopeless, Ruben began looking for support and was referred to LifeMoves | Haven Family House in Menlo Park. There, his family found a safe and stable environment where he is able to focus on his family’s future.

Following the LifeMoves model, Ruben set concrete goals and follows an action plan to achieve them. Key program resources include:

Thanks to the intensive case management services at LifeMoves, Ruben’s family is on track for a rapid return to stable housing and long-term self-sufficiency.

LifeMoves provides temporary shelter and comprehensive services through its network of 17 program locations throughout Santa Clara and San Mateo counties. Last year, 92% of families and 78% of individuals who completed the LifeMoves transitional housing programs returned to stable housing and self-sufficiency.