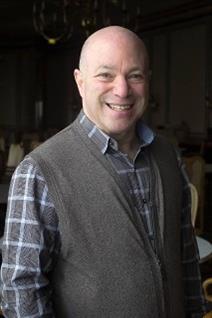 Political analyst John Rothmanan’s topic will focus on defeated Presidential candidates and their impact on parties, politics, and policy. As John will explain, in many cases, the lives and contributions of the losers are often as interesting as those of the winners.

The talk takes place on Sunday, January 8, at 11:00 am in the Menlo Park City Council Chambers (701 Laurel St.) Refreshments will be served. No reservation is necessary to attend.

John is a frequent lecturer on American politics, and has been called “a scholar of modern Republicanism” while being acknowledged for his unique insights. Rothmann served as Director of the Nixon Collection at Whittier College, as Chief of Staff to Senator Milton Marks, Field Representative to Senator Quentin Kopp, and was one of the founders of the Raoul Wallenberg Jewish Democratic Club.

This event is made possible by funding from the Friends of the Menlo Park Library.