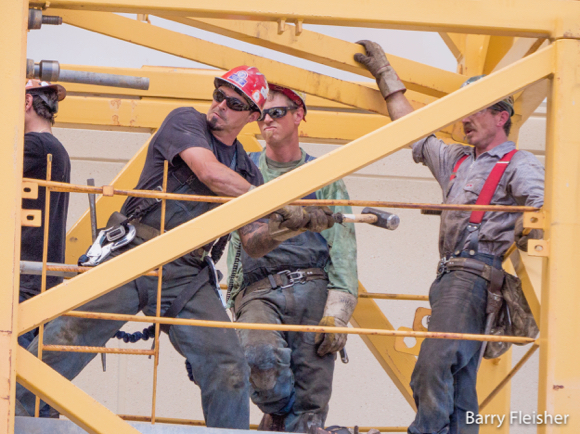 We got an update from Menlo Park-based photographer Barry Fleisher:

“I’ve been photographing the construction progress of the new Lucile Packard Children’s Hospital Stanford for almost three years. As part of that body of work, I submitted photographs to the 2016 annual construction photography contest sponsored by Engineering News-Record (ENR), a construction trade periodical.

“This year, there were almost 1,100 entries. I’m delighted that one of my photograph was chosen in the group of 37 winners and published in the January 16, 2016, issue of ENR as well as online. The judges are experts from the fields of construction safety, graphic design, photography, and journalism. Another of my photographs had been included in an ENR article about the new hospital (November 28/December 5, 2016, issue).

“The work continues to be exciting. I’m grateful to the hospital and contractors for allowing me access and for their encouragement. I continue to admire the skill and dedication of the workers, who now number in the hundreds on any given day.”