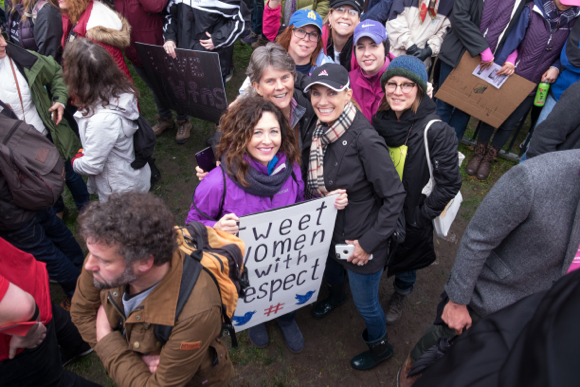 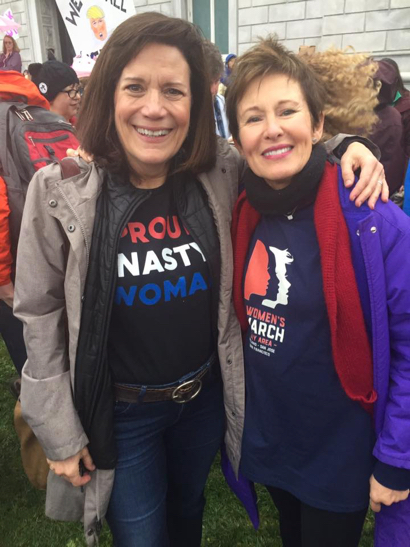 Residents of Menlo Park and Atherton made their way to San Francisco, mostly by train, to participate in the last Women’s March scheduled in the Bay Area yesterday, following other marches in Oakland, San Jose and Walnut Creek.

They joined an estimated 100,000 others, starting with a rally at Civic Center Plaza before heading down Market Street to Justin Herman Plaza near the Ferry Building.

Umbrellas came in handy as the skies opened up producing some drenched marchers! But the sight of a pink City Hall undoutedly buoyed spirits! 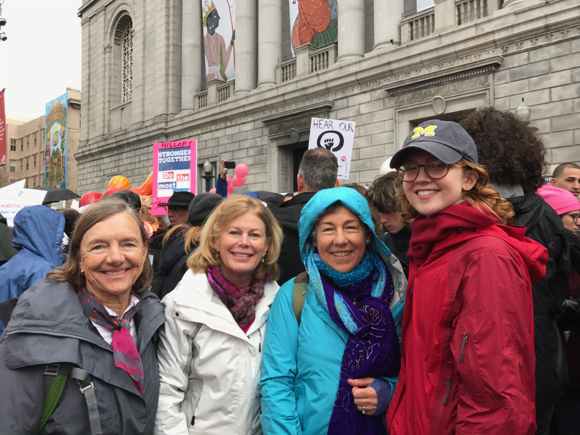 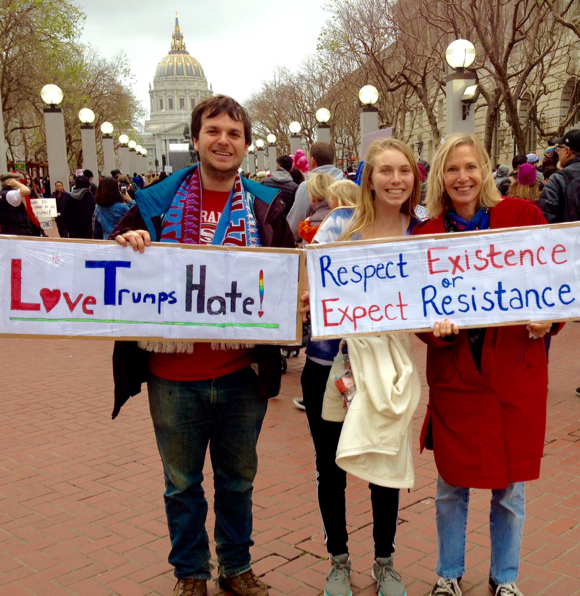 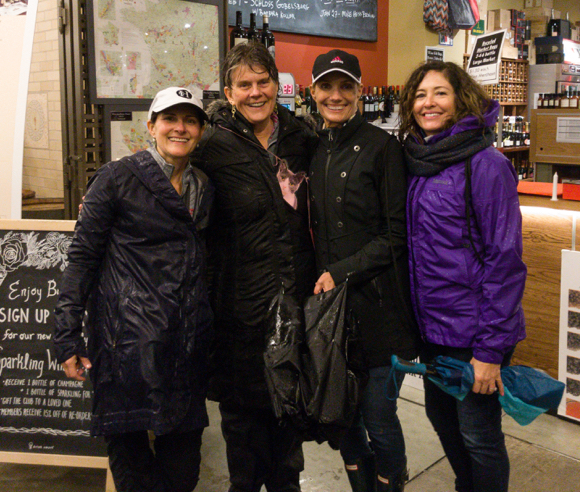 Photo top: Menlo Park residents Kay and Carol (baseball hat) get off to a dry start at the beginning of the march. Photo by Irene Searles

Photo fourth from top: Drenched marchers seek shelter (is that a wine store?!)