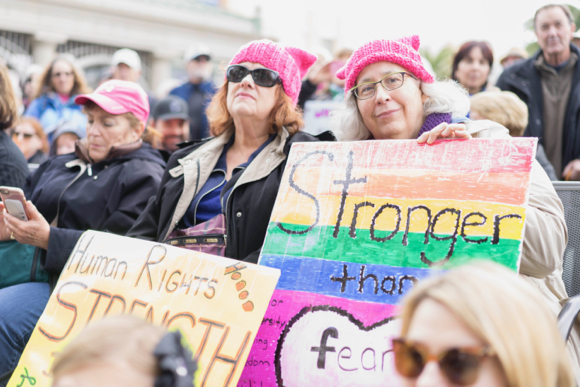 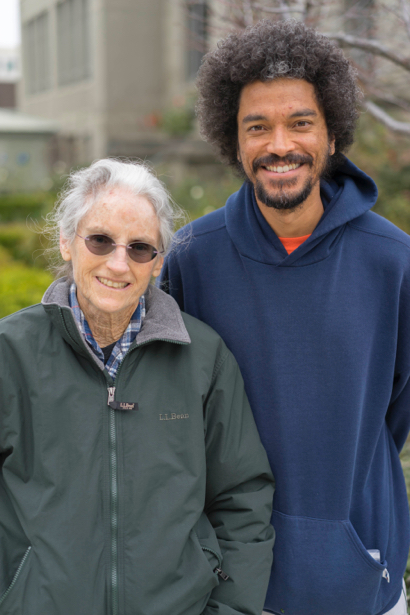 The action at Courthouse Square in Redwood City yesterday while the Women’s March was going on in other Bay Area towns was a rally on ways to to take action. Woodside resident Joan Baez brought back a bit of the 60s by singing.