Every year, Encinal School’s PTO picks a country and organizes a day-long celebration of its culture. Past Cultural Arts Days have featured Polynesia, India, Brazil, and the United Kingdom. This year’s country was Japan. 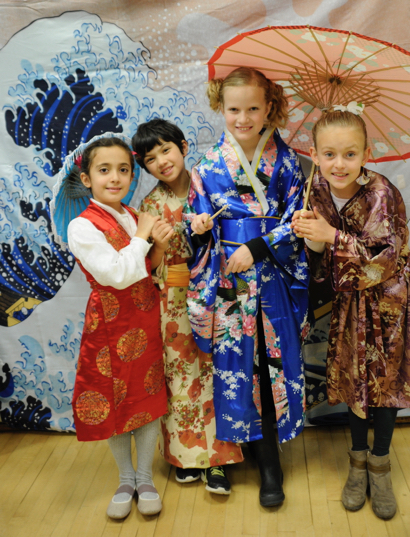 The San Francisco Japanese School lent their tama-ire set (kind of like bean bag basketball) and their 100-foot rope, imported from Japan for sports activities. A traditional theatre troupe performed two Japanese plays, and  musicians from a local koto school played songs on their beautiful instruments.

A neighbor from across the street on Encinal Avenue, Gordon Deeg, is a bonsai master who has spent years training in Japan; he brought many of his tiny trees to display around campus, and demonstrated bonsai techniques for the gardening club. Students also visited the pop-up museum, learned origami, and wrote their names in hiragana.

“I picked Japan at the end of last school year because I’m half Japanese, but as it turns out, Encinal has at least seven families from Japan this year – totally serendipitous – and they all pitched in and helped organize,” emailed Emily Moberg Robinson.  “It made the day so much better. My thanks to Ayano Kato, Kiyo Gates, Kinu Shudo, Ami Bhow, Susie Danzig, Yuka Estrada.” 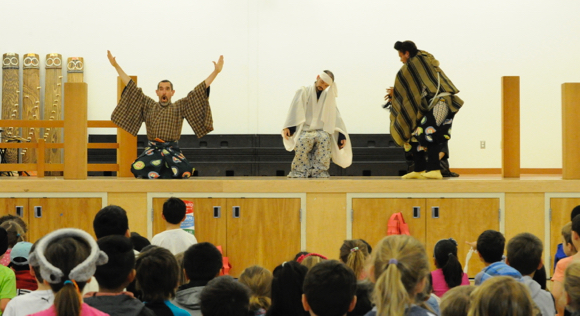