InMenlo contributing photographer Robb Most volunteers for Baykeeper, which has been advocating for the health of San Francisco Bay since 1989. The organization needed photos of fish, and Robb asked Pietro Parravano, who brings fish weekly to the Menlo Park Farmers Market, how he should go about getting the photos. 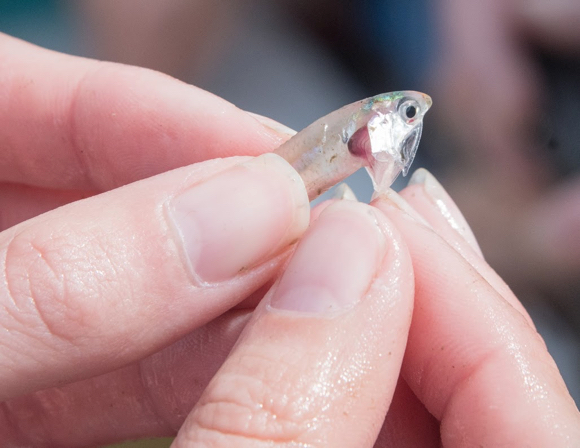 Pietro suggest signing up for a trip offered by the Marine Science Institute, which is what Robb did. Here are some of what we’re calling his “fish in the palm of a hand” photos from his day on the Bay. (Note: All the fish used for instructional purposes on the trip were returned alive to the Bay.) 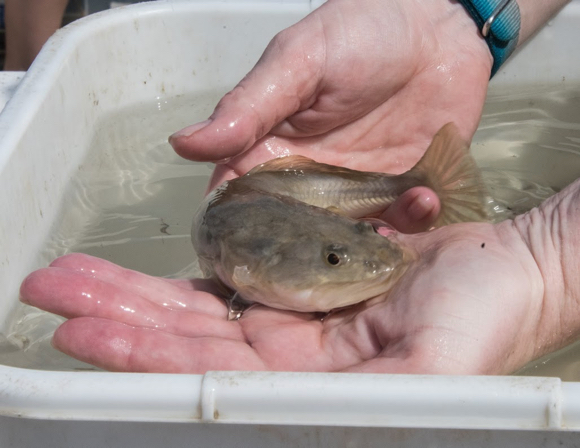 “The trip was a one day sampler of what’s going on in the Bay,” Robb explains. “There’s an Earth Day sampler coming up on April 22, and it’s free!” 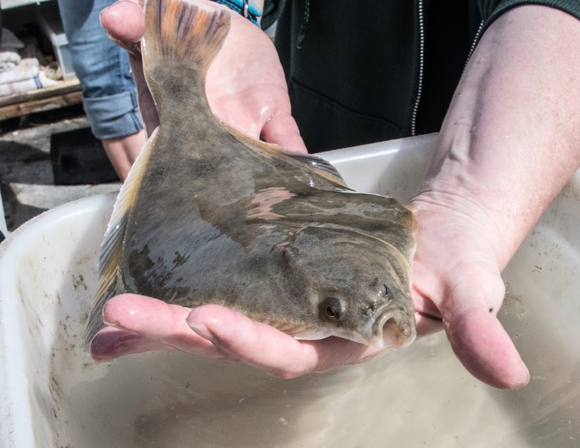