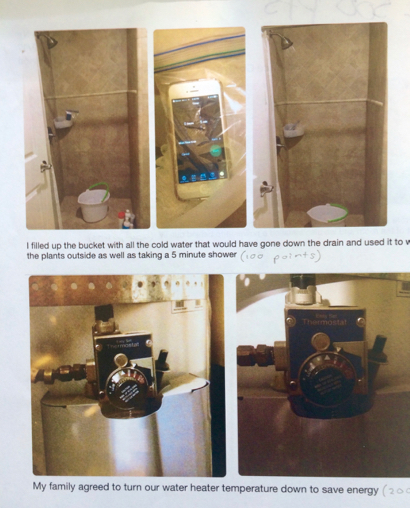 Diane Bailey, Executive Director of Menlo Spark, reminded us that the non-profit just celebrated its second anniversary and that people who take the Menlo Green Challenge, an online climate action tool to help you find out your carbon footprint and take actions, might win an electric bike or scooter.

She emails: “Carpooling and swapping out old lights for efficient LEDs are the most popular actions on the site right now. What actions are you taking? Enter your actions into the site to earn points (one point is one pound of CO2 reduced). On Earth Day, we’ll award prizes to the highest point earners (as of April 20th).”

Recently, La Entrada Middle School students took the challenge. Says Diane: “If you look at the actions those kids took and what they wrote about it…’Helping our environment isn’t hard; it just requires five more seconds of thinking and that’s it, you are ready to save the world.’ I’m so proud of these students – they did an amazing job!”