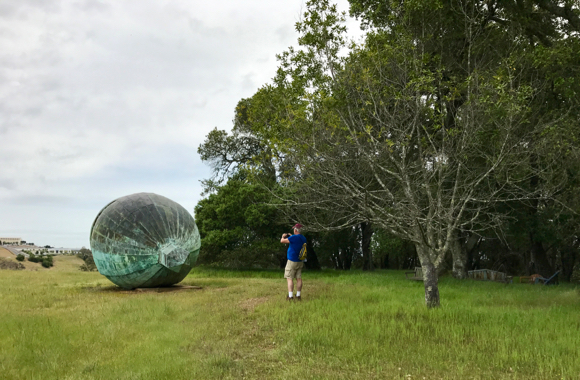 Imagine going on a treasure hunt in a secret garden, one that ranges over 120 acres. Such was the treat today when Runnymede Sculpture Garden was open to the public, part of an Earth Day celebration sponsored by the towns of Woodside and Portola Valley that also included sustainable landscaping information and garden-focused vendors. 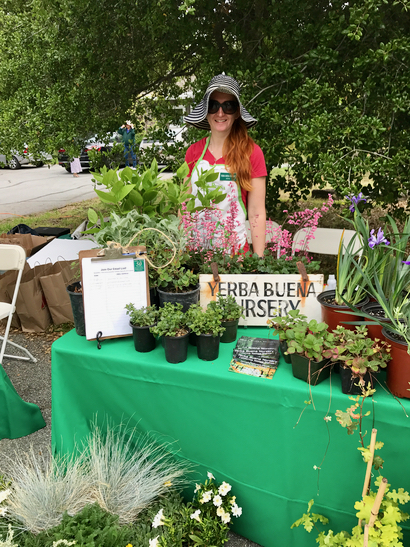 Like thousands of others who drive along I-280 on the Peninsula, we’d spotted some of the large sculptures that can be seen from the freeway. But we’d never been lucky enough to venture on to the private property, nor did we know much about it.

Wander its many twisting trails, some no wider than a deer track, and you’ll encounter more than 150 sculptures, some of them quite large. Runnymede owners and art collectors John and Dodie Rosekrans were passionate about modern sculpture. They acquired their art mostly from American artists in the late 80s and early 90s. John was heir to the Spreckels fortune; learn more about him in an obituary by Carolyne Zinko that ran in the Chronicle in 2001.

One fun aspect of visiting Runnymede is that you are given a map that shows the trails, most of which are dirt, along with a list of all the sculptors scattered on the property. None of the individual pieces are labeled, so it’s sometimes tricky to match artist and the specific piece. 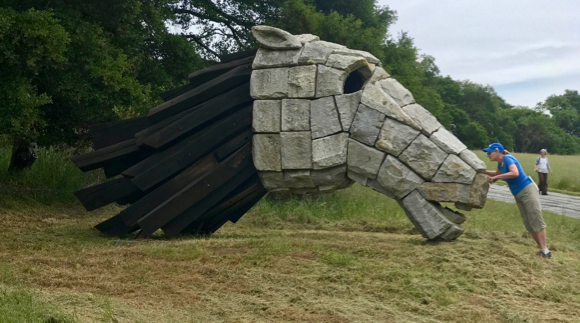 It appeared that most of today’s visitors took the paved path up behind the Dairy Barn, which housed the lunch that was part of the festivities, and then turned around and came back. We joined a small group of more adventuresome folks who climbed up to the highest point of the property and circled back along the northern perimeter of the property. That allowed for a lot of sculpture viewing but certainly not all, especially some of the pieces in the middle of the property. 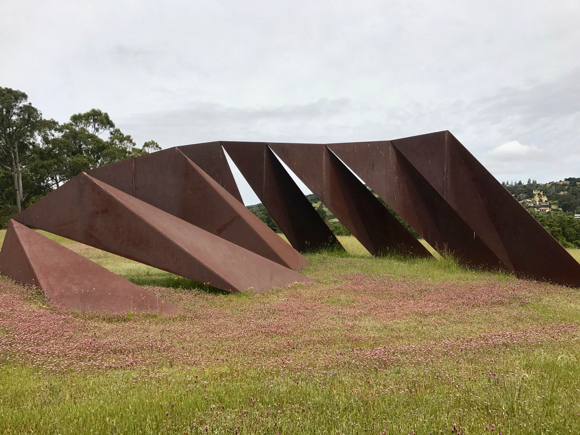 Shown here are, top to bottom: The Fall  and Horse Head for Runnymede both by Ilan Averbuch (Israel) and Python by Charles Ginever (American).

Photos of Horse Head for Runnymede and Python by Dennis Nugent; photos of Yerba Buena Garden vendor and The Fall by Linda Hubbard (c) 2017