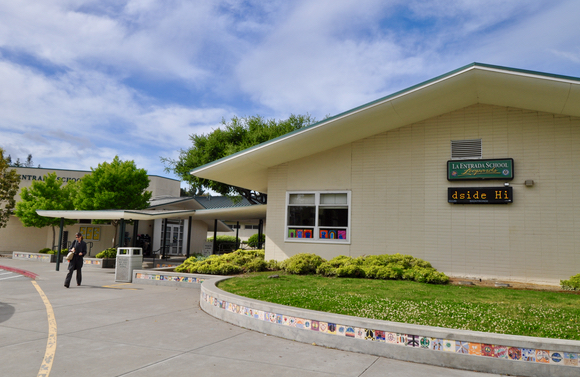 It was one of only four San Mateo County schools to be recognized for excellence in educational programs. The others were Burlingame Intermediate School, Borel Middle School (San Mateo/Foster City ) and Alto Loma Middle School (South San Francisco Unified School District).

“The focus for our Gold Ribbon application was on Parent, Family, and Community Involvement and its positive effect on school climate,” said principal Mark Jones. “We would like to thank our parent volunteers, families, and community members who contribute to our campus’ strong academic and social-emotional frameworks. Your positive contributions afford us the opportunity to create a safe and stimulating campus where all students can thrive. Thank you, La Entrada community!”