Menlo Park Kiwanis Club announces speaker line up for May – visitors are welcome! 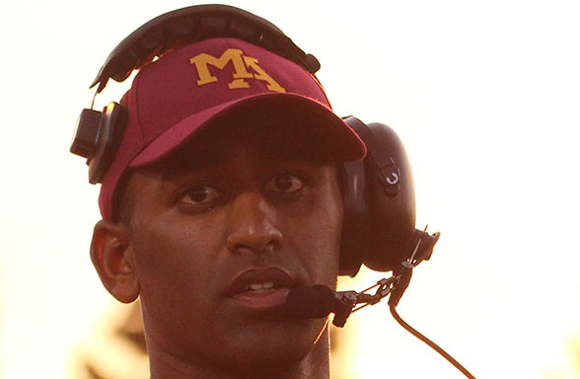 Menlo Park Kiwanis Club meets Tuesdays from noon to 1:15 pm at the Allied Arts Guild, presenting a variety of programs and speakers at its luncheons each month. On May 23rd, the Club will award its annual scholarships to Menlo-Atherton High School’s graduating seniors.

Here are the programs for May. Visitors are invited to attend.

Andy Frisch, Executive Director at Kainos, oversees seven residential homes that offer adults with developmental disabilities many options for different levels of support and living situations. Through its employment services, it also helps clients attain jobs in the community. Andy has a background in Psychology and Feminist Studies from Stanford University. He was appointed by the San Mateo County Board of Supervisors to its Commission on Disabilities where he served for over nine years. Just this year, he took the Kainos dance team to the Special Olympics as an exhibition sport.

In just his second year as Menlo-Atherton High School’s football coach, Adhir Ravipati (pictured) led the team to its most successful season in school history when the Bears won 12 games in a row to qualify for a CIF state championship bowl game, which it lost to Paralete 39-21. He was one of 50 finalists across the country for the Positive Coaching Alliance’s Double-Goal Coach Award, which recognizes youth and high school coaches who not only strive to win, but also teach life lessons through sports. Ravipati, a 2005 graduate of Harker School in San Jose, was briefly mentored by Michigan coach Jim Harbaugh and Stanford coach David Shaw when at the University of San Diego.

Karen Stiller, Middle East Project Director for the Jewish Community Relations Center, has been with JCRC since 2002. A native of Buffalo, New York, she moved to the Bay Area in 2000, where she worked in the Preventive Defense Project at Stanford University, a project run by former high-level U.S. Department of Defense officials. Karen started her professional career in social work and nonprofit management, and has worked as Development Director and Manager of a program for formerly homeless families. She has an MSSA with a Certificate in Nonprofit Management from Case Western Reserve University.

May 30—Morris Chubb, Rebuilding the Lives Of Homeless One Shower & Laundry Load At A Time

As a senior financial professional for over 30 years, Morris Chubb has a broad range of industry experience ranging from a variety of small entrepreneurial start-ups to Fortune 500 companies and non-profits that allow him to bring cutting edge CFO skills set to address the challenges of small business owners. Now he’s working with a non-profit startup, Dignity On wheels, an initiative started by Project WeHOPE, which brings hot showers and laundry services to the homeless in East Palo Alto and surrounding San Mateo and Santa Clara communities. Dignity On Wheels helps those who cannot otherwise make it to a shelter or facility each night.