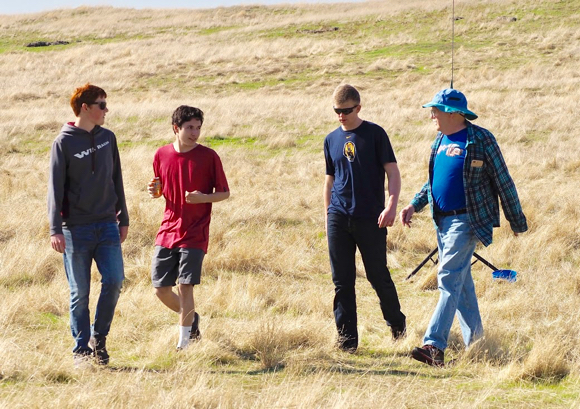 The Menlo-Atherton Bears rocket team — Giles Beebe, Finn Bjerknes, and Zach Furman — has qualified to compete in the national finals of the 15th annual Team America Rocketry Challenge (TARC). The team will face 99 of the top rocketry teams from across the country to vie  for the national championship on May 13 at Great Meadow in The Plains, VA, outside of Washington, D.C. 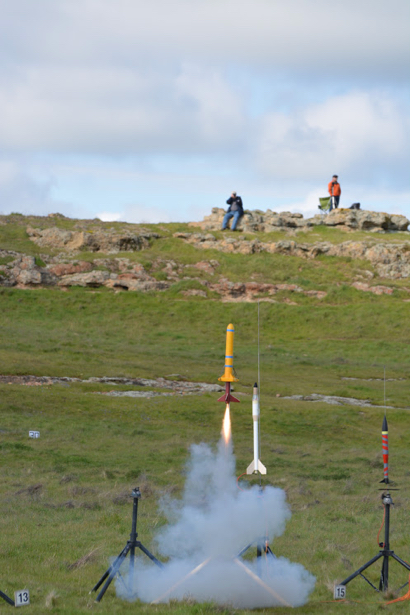 TARC is the aerospace and defense industry’s flagship program designed to encourage students to pursue study and careers in science, technology, engineering and math (STEM). The competition challenges middle and high school students to design, build, and fly a rocket that meets specific altitude and flight duration parameters.

This year’s rules require a rocket carrying one raw egg to reach 775 feet before returning the egg to Earth, uncracked, all within 41 to 43 seconds. The M-A Bears’ qualifying launch registered 774 feet.

While few rockets have onboard control systems and physical features such as drag brakes, even fewer have been successful with such “smart” designs, which can introduce errors and increase complexity. The team is hopeful that it can successfully incorporate this technology to edge out the competition in Virginia.

After several months of painstaking development, the team’s qualification launch came within 1 foot of the target altitude. The team is particularly proud of these advanced design features and results given that the rules allow for three to 10 members, while the Bears have a lean team size of three.

Team member, Giles Beebe, shared this about the experience: “This has been one of the most rewarding experiences I’ve had in aeronautics. Working with the TARC team put me in a realistic aerospace setting, showed me that my knowledge is tiny, and the best way for me to improve in the aerospace field is to make connections with people and work together on projects that are useful and interesting all while having fun.”

In Virginia, the M-A Bears will compete for more than $100,000 in prizes and scholarships, and the opportunity to represent the United States at the International Rocketry Challenge taking place at the Paris Air Show in June. At the international fly-off, teams from the United Kingdom, France and Japan will face the U.S. champions for the international title.