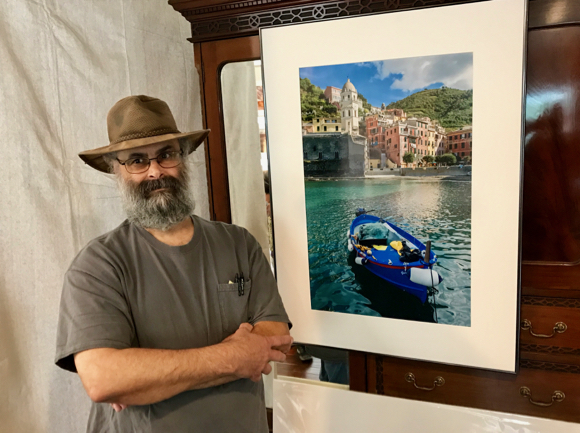 By his own account, Menlo Park resident Stuart Jacobson loves taking photos of wildlife and making big prints. “But my landscapes are probably more successful as not too many people want big photos of animals over their sofa,” he told us when we stopped by today to see his photographs, part of the 2017 Silicon Valley Open Studios.

Stuart has been taking photos since he was a child and is a Nikon man. The animal and landscape photographs he’s exhibiting were all taken in the last three years.

This is the first time he’s taken part in SVOS. “It’s forced me to curate my work and assess what’s going on,” he said.

The only other Menlo Park artist taking part in SVOS this year is Badri Varian, who we profiled in 2016. Her work can be seen at 120 Stanford Avenue.