Facebook adds festivals to its summer line up beginning May 13 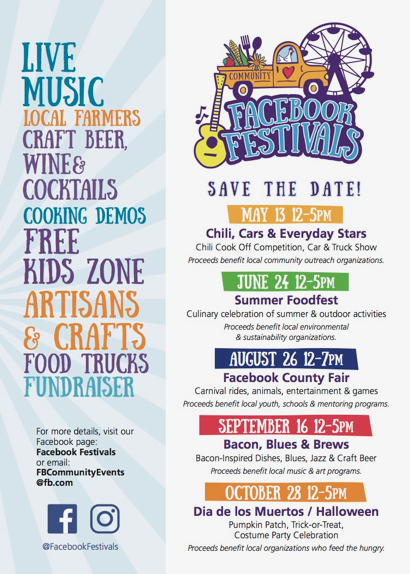 Facebook is hosting five festivals on its campus starting May 13 that are free and open to the public. These are in lieu of the Facebook Farmers Markets, which will return with a twist to better support Belle Haven and East Palo Alto, most likely in June, according to a Facebook spokesperson.