Stand Up for Public Schools Day is May 10 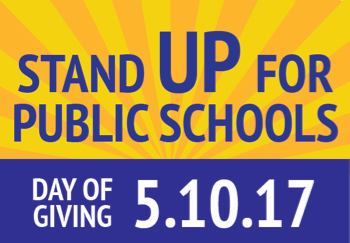 We got an email from Cindy Folker, the Executive Director of M-A’s Foundation for the Future:

“You probably heard that Silicon Valley Foundation is not holding SV Gives Day this year, which has a significant impact on our Foundation’s fundraising. We raised $150,000 on SV Gives Day last year.

“To make up for the lack of SV Gives Day, some of the local public school foundations are uniting for a day of giving titled Stand Up For Public Schools Day. It is being held on Wednesday, May 10. All of the foundations n the Sequoia Union High School district, including ours, will be participating.”

Here’s where to donate.