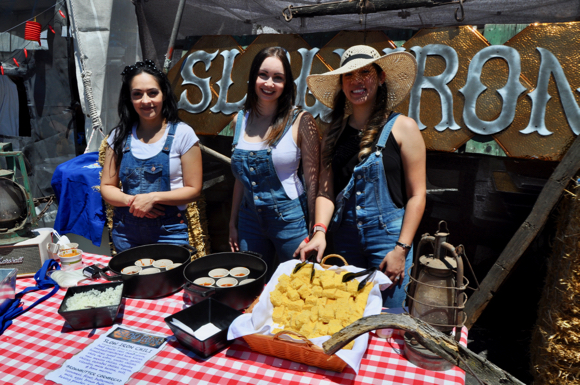 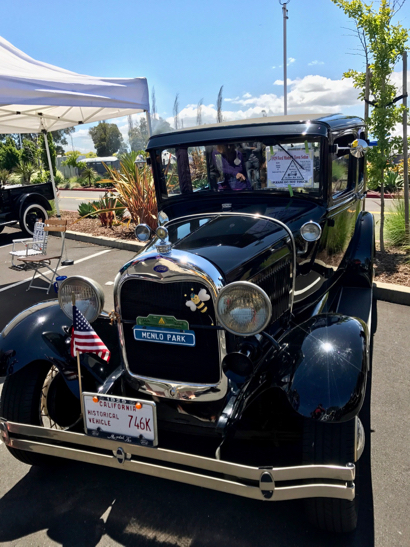 The first of five Facebook Festivals was held today on the company’s Menlo Park campus. The theme was Chili, Cars and Everyday Stars and featured classic cars and trucks along with the chili cook of competition. For $10, people could taste and the vote for their favorite chili. Proceeds benefited the local non-profit, Ecumenical Hunger Program. Slow Iron Chili (top) was among the competitors.

Old cars in mint condition are always fun to look at. Two caught our eye in particular, a 1929 Ford Model T Town Sedan (right) and a 1948 DeSoto taxi. The Model T featured a sign that said “Menlo Park,” and we talked to the owner, Lowell, who lived in Menlo Park almost all of his life and still has a house here. He was among the first four-year students to graduate from Menlo-Atherton High School — the class of 1955. 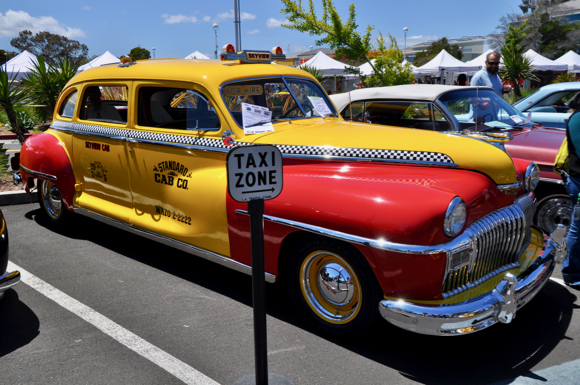 While an early press release indicated that the farmers markets that had taken place weekly last summer wouldn’t resume until June, there was a good assortment of fruits, vegetables and meats to select from. The berries from Vaquez looked particularly delectable. 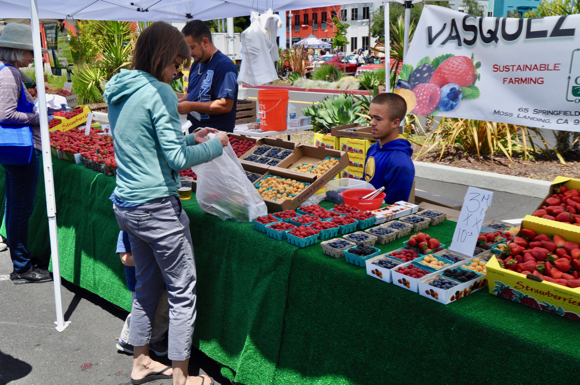 The next Facebook Festival —  Summer Foodfest — will take place on June 24 from noon to 5:00 pm.