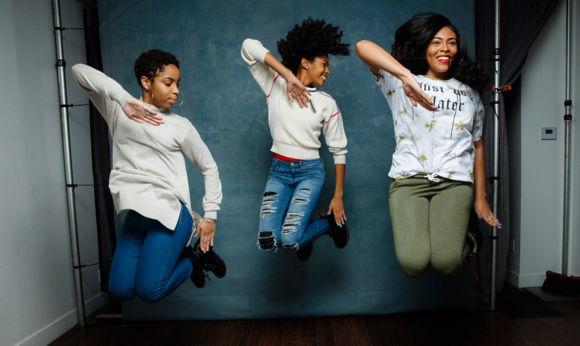 Windrider Bay Area Film Forum announced its closing feature film STEP, screening July 8 at 7:00 pm at the Center for Performing Arts at Menlo-Atherton High School, will feature a Q&A with director Amanda Lipitz along with some of film’s subjects following the screening.

“We are thrilled to be presenting this inspiring and powerful film on our closing evening,” says Atherton resident Terri Bullock, Director of Windrider Bay Area. “We are also extremely excited to be hosting Blessin, Cori, and Tayla along with filmmaker Amanda Lipitz and Director of College Counseling Paula Dofat for the Q&A. We know their courage and stories will win hearts.”

Tickets are on sale now for immediate purchase.

STEP is the true-life story of a girls’ high-school step team set against the background of the heart of Baltimore. These young women learn to laugh, love and thrive – on and off the stage – even when the world seems to work against them. Empowered by their teachers, teammates, counselors, coaches and families, they chase their ultimate dreams: to win a step championship and to be accepted into college.

STEP world premiered at the Sundance Film Festival in 2017 to sold out screenings where it won the Special Jury Prize for Inspirational Filmmaking and was acquired for worldwide distribution by Fox Searchlight Pictures.

The Windrider Film Forum runs from July 6 to 8. The complete line up of 2017 films is listed on the organization’s website.