Teacher and active volunteer, Anne Flegel passes away at age 74 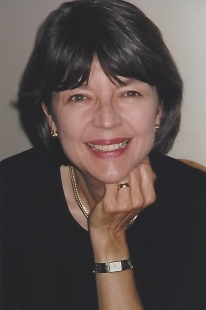 Anne Hartwig Flegel, a former first-grade teacher at St. Joseph’s School in Atherton, an active member of Peninsula Volunteers, and a longtime Atherton resident, died June 26 at age 74. A memorial service is scheduled for 2:00 pm on Aug. 4 at Menlo Church (950 Santa Cruz Ave).

A native of Peekskill, New York, Ms. Flegel earned a bachelor’s degree in government from Smith College. She migrated west to San Francisco in 1964, immediately falling in love with that city, Mr. Flegel said. She earned her teaching credential from California State University, San Francisco.

Ms. Flegel “loved teaching first grade,” her husband said. She taught first in San Jose, and then San Carlos before arriving at St. Joseph’s. “Her warm heart was full of compassion and understanding for her students, and she loved learning of their successes in life,” Mr. Flegel wrote in a statement about his wife’s passing.

It was 1981 when Anne and Mark married, merging their families: Anne’s sons from a previous marriage, Ian and Eric; and Mark’s children, Christina and Brian. Mr. Flegel said he and his wife “spent many happy years” raising their children and traveling throughout Europe and in the United States.

As a Peninsula Volunteers member, Anne Flegel served on the board of the organization’s Rosener House, an adult day care facility in Menlo Park. An avid reader, she co-chaired the Peninsula Volunteers Authors’ Salon, relishing the chance to meet the guest writers, Mr. Flegel said.

In addition to her husband, Mark, Ms. Flegel is survived by four children, Ian, Eric, Christina and Brian; six grandchildren; and her sister, Jane Mandel.

The family prefers that memorial donations be made to the Menlo Park-based Peninsula Volunteers or the Music@Menlo music festival based in Atherton.

This post first appeared in The Almanac; used with permission; photo courtesy of the Flegel family