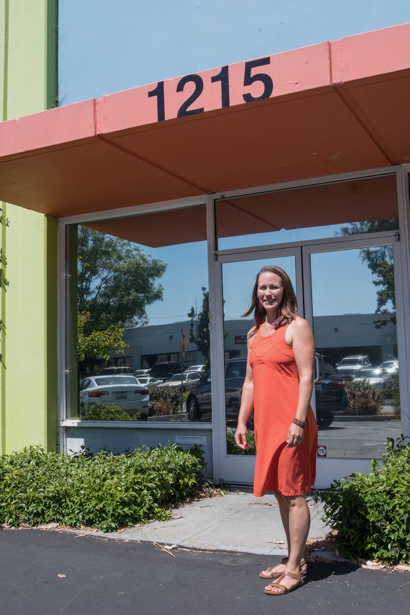 It’s Tanya Sheckley’s hope that out of the tragic death of her daughter, Eliza, will spring a legacy. She is planning on opening a first-in-the-world school that offers a fully integrated neuro-development program for children with physical and communication disabilities in Menlo Park this fall.

“I have been working on opening Up Academy for most of the last three years,” she said. “It is inspired by my daughter who had cerebral palsy. I spent the first five years of her life researching, learning, trying different therapeutic approaches and gaining knowledge about basic neuroscience to try and help her reach her full potential.

“When we entered the public school system, they made it clear they were not interested in helping her reach her potential, they did not plan to give her the support she needed to thrive, they only needed to create enough support so that she could access school. [Note: This was in a school district that was neither Menlo Park-Atherton School District nor Las Lomitas School District.]

“This is not a standard that we place on any other students, just those with disabilities. It was way too low a standard for me, and I began researching other options.” 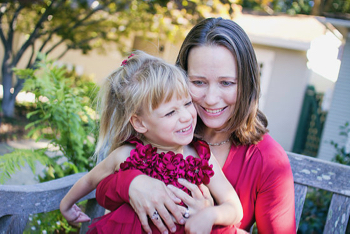 Tanya explained that after Eliza died in March, 2016, she did a lot soul searching, trying to figure out something positive that could come out of it. She also went through an extended period of healing, but is now in a place to make good on Eliza’s legacy.

“Eliza taught us so much, and there are thousands of other kids out there who deserve a better education. Her message and memory are encapsulated in three mini lessons: Be kind. Be strong. And always do your best.”

Tanya hopes to get a conditional use permit from the City of Menlo Park to share warehouse space with another school in what was once a preschool in an industrial area in east Menlo Park.

At the center of the planned school’s philosophy is inclusiveness, where everyone can work together. “Eliza had so many wonderful friends,” she said. “Because kids just see kids, not that they are different.”

You can learn more about Up Academy, including how to enroll,  on the school’s website.

Photo of Tanya outside proposed new school by Robb Most (c) 2017; photo of Eliza and Tanya courtesy of the family