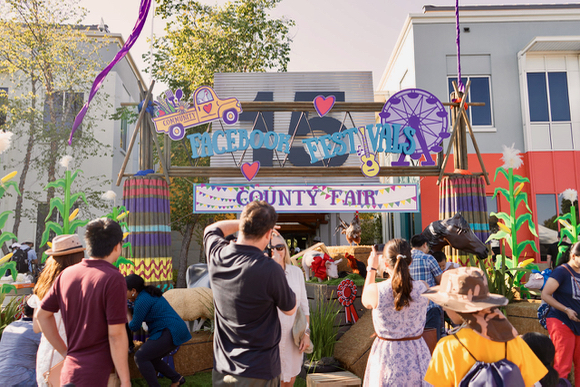 The Facebook County Fair held Saturday proved to be a popular event, so much so that the Menlo Park Police Department issued an alert at 4:00 pm that the Facebook entrance was closed from eastbound Willow Road to Bayfront Expressway. (The roads were re-opened after 6:00 pm.) 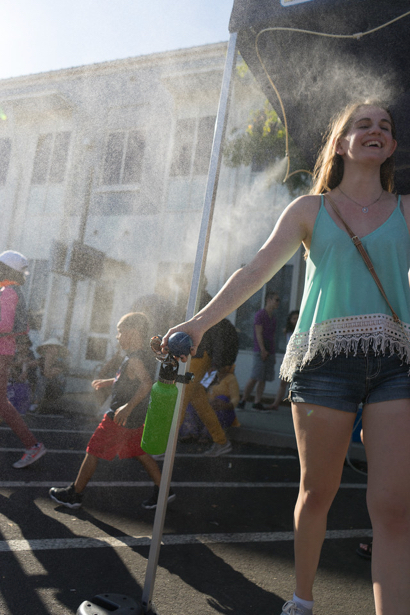 That didn’t deter InMenlo contributing photographer Betsy Sergeant Snow accompanied by her able-bodied assistant, Trevor. Here’s her report and a selection of her great photos.

“We got a late start on Saturday so it wasn’t until 4:30 or so that we drove down Bay Front where there was easily a mile of parked cars on the east side of the road. Luckily, we found a neighborhood spot across from the Bell Haven Market, and we had a short walk along the brightly painted Bay Trail to reach the fair.

“As we walked in we used our people- watching skills to determine the Fair’s menu, which included everything from farmer’s market standards like Kettle Corn and Popsicles. Once inside there were breweries (including our friends at Freewheel Brewing Co.) and food trucks galore. 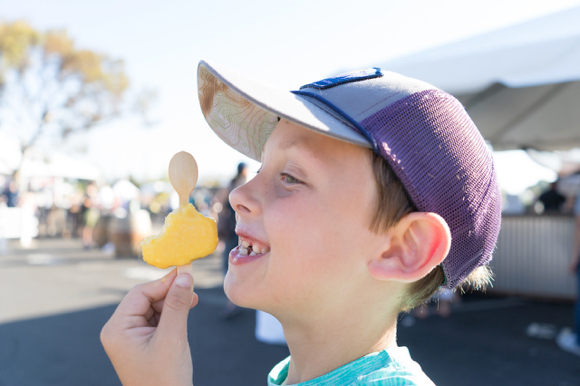 “The Book Mobile was our first stop, and after passing millenials playing life-size beer pong, we found my favorite artist of the fair, Dr. Ramesh K. Sharma, who was already working on a new scene of Twig Art of the eclipse earlier in the week. We bought one of his pieces, a twig art Stegosaurus, for my assistant. [Editor’s note: More on Dr. Sharma to come later this week. )

“Only 20 minutes in, and we were hot, as temperatures were in the 90s. To our delight, we found the cooling mist tent, which happily provided a cool down for guests, including Hope Zabronsky, of San Francisco. 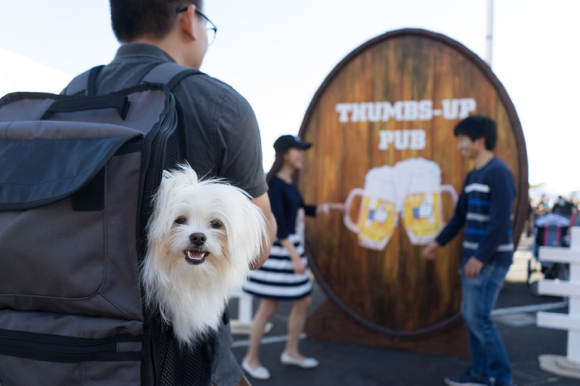 “Refreshed, and with my assistant armed with a mango popsicle from Redwood City’s Bliss bar, we watched folks take photos at the Facebook Festivals County Fair vignette set up on the main driveway.

“That led to the photo opps at the Thumbs Up Pub, where we found August, the Pomeranian-Shi-Tzu mix, stealthily hanging out in Thinh Vu’s backpack. 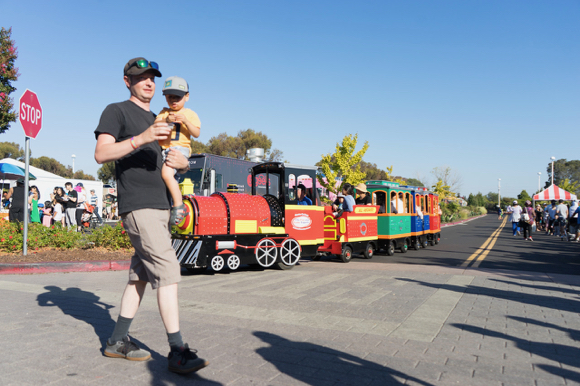 “From there we saw the expanse of rides and amusement park games, which we were happy to abstain from as the people watching was enough fun for us.”

Admission to the Facebook County Fair was free. Proceeds from tickets to amusement rides will be donated to a local non-profit.