In 1947,  a group of forward-thinking women incorporated Peninsula Volunteers, Inc., and with that action started an organization that continues to serve the needs of seniors on the San Francisco Peninsula to this day.

To honor this milestone, the organization is taking a look back through the seven decades of its history, and looking forward at what’s to come for PVI and its programs. 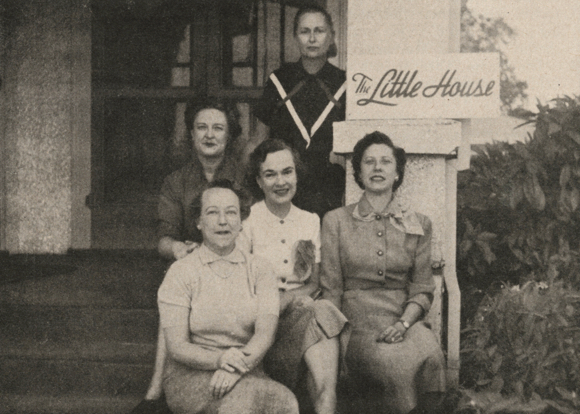 Photos here look at the first decade, 1947-1957, which saw the creation of Little House at a time when there were almost no facilities catering to the needs of older adults anywhere in the country.

The first Little House opened its doors at 630 Menlo Ave. in a rental house in 1949 (top photo). [And here’s an interview with a woman who once lived in that house!] 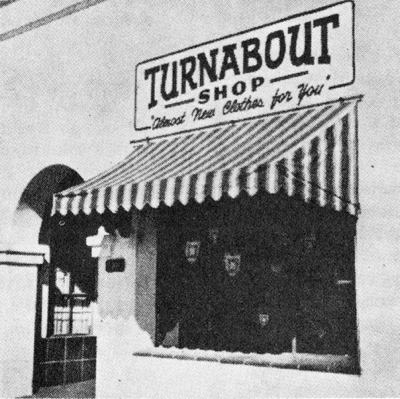 Little House was the first suburban senior center built in the United States with a purpose: to be charitable and foster community welfare. Starting with seven members, it was indeed a little house. Today, Little House serves over 3,500 people annually.

Later that same year , the first Turnabout Shop opened in south Palo Alto selling gently used clothing to earn funds for the organization. PV members were the sales force that kept the shop running. They rented a building, stocked it with clothing, shoes, and other items. They donated the clothes and sold the merchandise.

In 1951, Little House relocated to larger quarters at 930 Santa Cruz Ave because more space was needed. It moved to its current location on Middle Avenue in 1954, in a building that was constructed expressly as a senior activity center.