Horses to ride, reptiles to pet, slides to skitter down – all part of this year’s Webb Ranch Pumpkin Patch 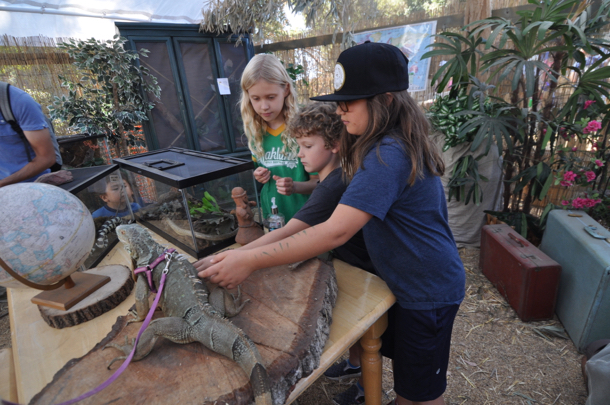 Accompanied by our three reviewers — two 9-year-old girls and a 6-year-boy — we headed out to Webb Ranch to check out this year’s pumpkin patch. Two of the three have been visiting the annual Halloween attraction for their entire lives.

Was it only a year or so ago that James didn’t want any part of the Haunted House?  But this time he was right behind the girls. It’s one of the free attractions, which means the kids could run through it numbers of time. 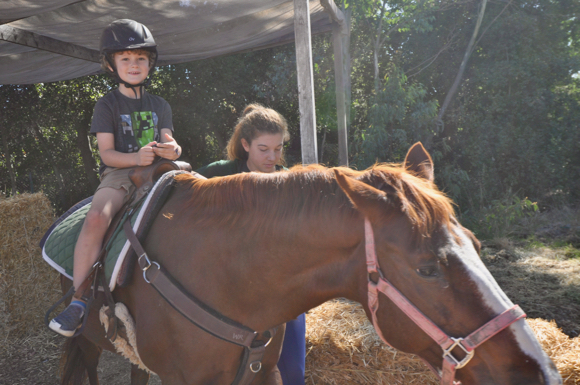 That was also the case with the new-this-year hay slide. The challenge was to master the burlap bag in such a way that you could pick up speed on the way down.

And rather than ponies, there were horses to ride, and all three kids enjoyed getting into the saddle for the first time. 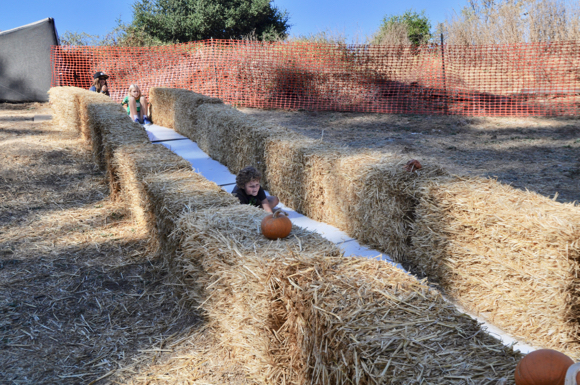 The standard petting zoo was given barely a glance by this crew of older (relatively speaking) kids, but the reptile zoo got their attention. They quickly figured out that the bearded dragon stationed in the middle of the room on a leash was alive. And they patiently waited their turn to handle a couple of small snakes and lizards, maybe the hit of the day.

Note: While the Webb Ranch Pumpkin Patch is open daily, most attractions are only available on the weekend except for the jumpy houses, hay slide and haunted house. 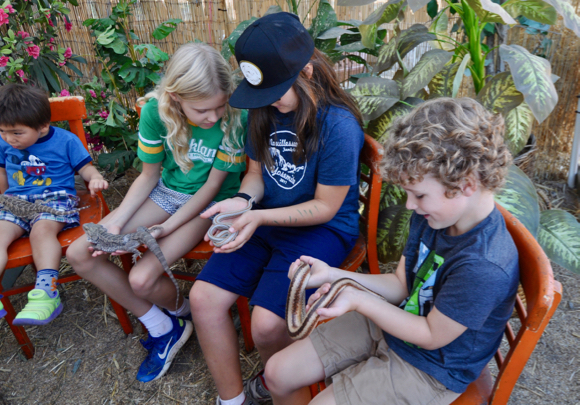