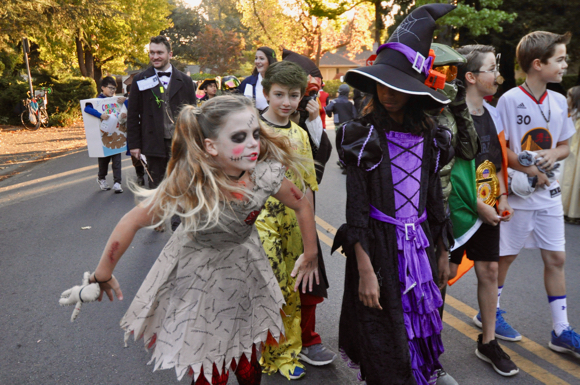 Oak Knoll Elementary School has celebrated Halloween with a costume parade around the school grounds, but for the first time expanded the parade route to include the adjoining neighborhood streets. Led by the Hillview Middle School band – themselves all in costumes, the cleverly-costumed kids strutted down one side of the street and back to the school on the other. We present some of our favorite photos to kick off InMenlo’s all-day Halloween coverage. 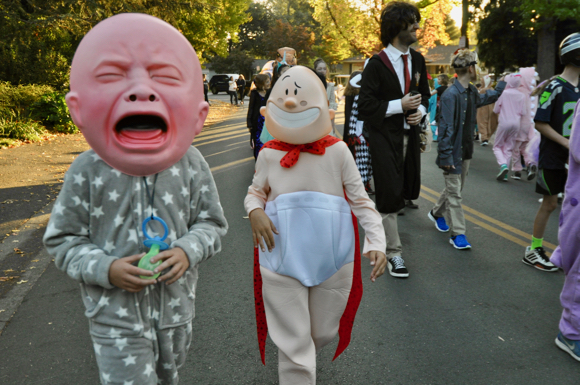 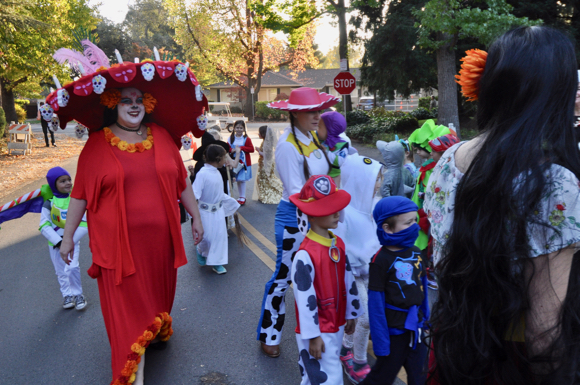 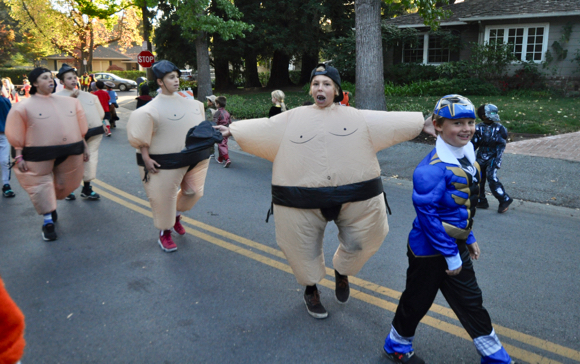 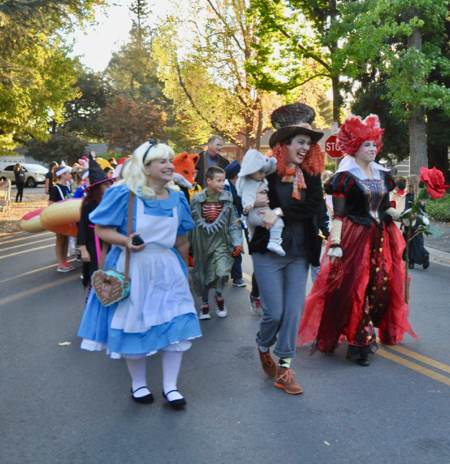