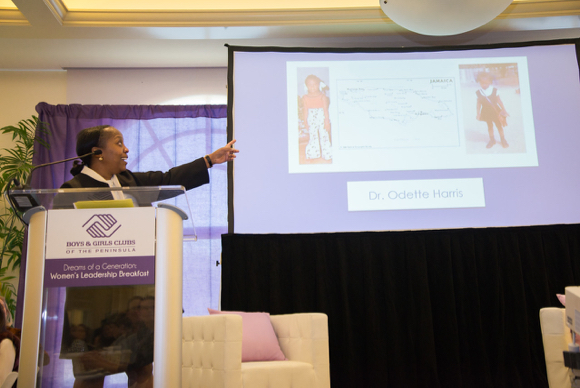 Three hundred Silicon Valley women celebrated the next generation of leaders at the Boys & Girls Clubs of the Peninsula’s Women’s Leadership Breakfast at the Menlo Circus Club in Atherton on November 14.

The event, which was themed “Dreams of a Generation,” featured BGCP alumna who spoke about overcoming hardship to achieve their dreams, and the BGCP women mentors who helped them get there. Women leaders from tech, law, healthcare, public service, and education came together at the breakfast to learn about issues affecting local low-income girls.

Speakers included Lindsay Black, a Howard University graduate and current teacher from East Palo Alto, and Nancy Orocio, a DREAMer who graduated from Santa Clara University and works for an immigration services agency. 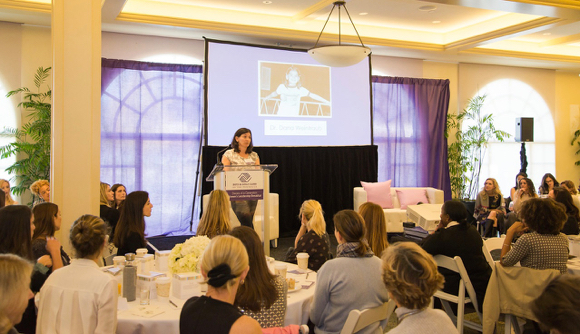 Stanford neurosurgeon and keynote speaker Dr. Odette Harris (pictured top) shared her own story of immigrating from Jamaica and the women mentors who helped her overcome the opportunity gap and achieve her dream of becoming a doctor.

Lucile Packard Children’s Hospital Stanford pediatrician Dr. Dana Weintraub (pictured above) shared ways that guests could get involved to support girls, including opportunities at BGCP to mentor, coach, and volunteer with students.

The Boys & Girls Club of the Peninsula (BGCP) serves 2,500 low-income K-12th grade students at 12 locations in East Palo Alto, eastern Menlo Park, and the North Fair Oaks neighborhood. BGCP’s mission is to provide the low-income students in our community with the opportunities they need to achieve school success.

Photos courtesy of Boys & Girls Club of the Peninsula