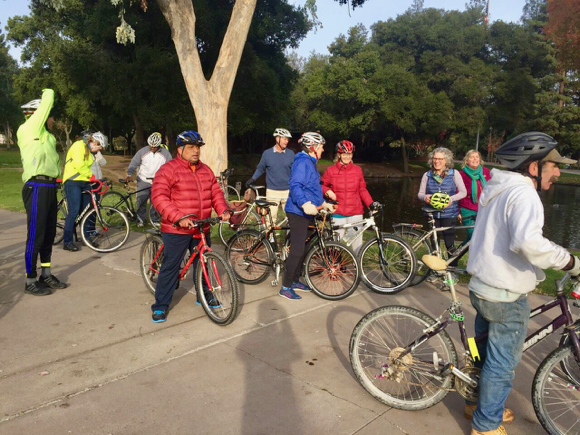 Reports Jym Clendenin, who participated in the Three Mayors bike ride today: “About 20 bikers, including the three mayors, showed up. Nice time chatting before the ride while consuming coffee and danish provided by Four Seasons. The ride was altogether about five miles: west down University/Palo Alto, north on Alma with a stop at the Arrillago Family Recreation Center for a faux Santa photo op. Then we returned to the Four Seasons on Willow/Woodland.”