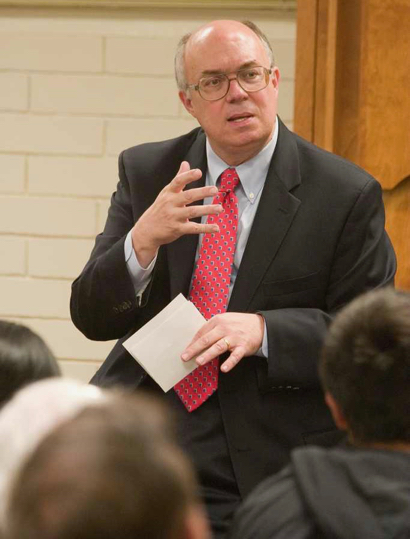 To get some answers, he traveled to three counties that had “flipped” in 2016: Robeson County, North Carolina; Cambria County, Pennsylvania; and Macomb County, Michigan. Over the course of his travels, spending a week in each location, Simitian spoke with over a hundred people: teachers, retirees, labor leaders, police officers, party activists, cross-country runners, and a host of others.

He’ll share what he learned at a Menlo Park Library-hosted talk taking place December 7. The talk is free, but preregistration is required. The event will take place at 7:00 pm at the Menlo Park City Council Chambers, located at 701 Laurel Street.

Joe Simitian was elected to the Santa Clara County Board of Supervisors in 2012. He represents the Fifth District, which includes Cupertino, Los Altos, Los Altos Hills, Mountain View, Palo Alto, Saratoga, Stanford, and portions of Sunnyvale and San Jose. His prior public service includes stints as a member of the California State Senate, the California State Assembly, Mayor of Palo Alto, President of the Palo Alto School Board, as well as an earlier term on the Santa Clara County Board of Supervisors.