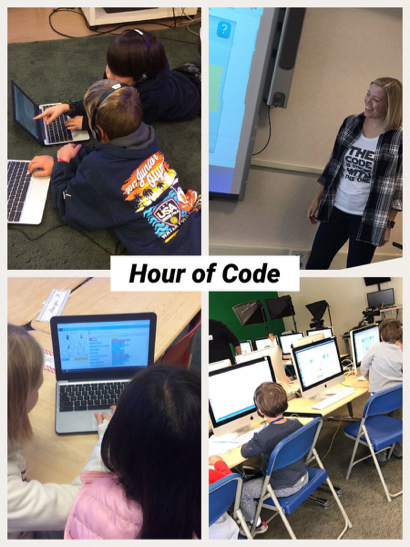 During the week of December 4th, all Menlo Park City School District elementary schools are participating in Code.org’s Hour of Code.

Over 700  students will join the millions worldwide learning to code this week with a variety of exercises and apps, including Kodable, Scratch, JR., and Hopscotch.

The organization believes “every student should have the opportunity to learn computer science. It helps nurture problem-solving skills, logic and creativity. By starting early, students will have a foundation for success in any 21st-century career path.”