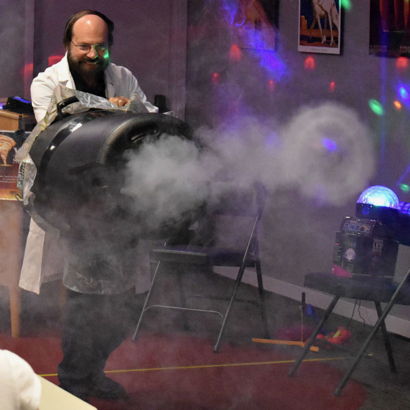 Don O’Brien was a California-licensed public school educator/counselor for 18 years. He now educates with “Xtreme Science Magic” and “Multicultural Music from Around the World,” the two programs he has presented for thousands of children at hundreds of schools and libraries throughout the United States.

This event made possible thanks to funding from the Friends of the Menlo Park Library.