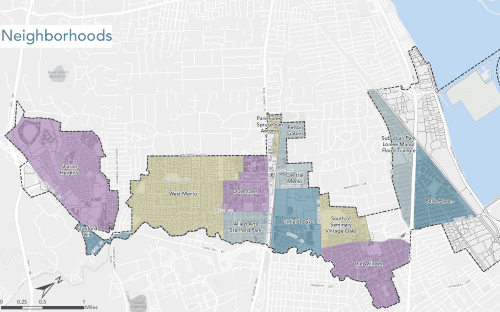 The City of Menlo Park is changing the way City Council members are elected, from at large elections to “by district” elections. Here are some important things to know about this change.

It’s happening
Once notified of a legal challenge (received the letter in August 2017), the City Council adopted a Resolution of Intention to make the change to “by district” City Council elections voluntarily. The alternative would have been to fight the challenge. So far, no one has won this kind of challenge, and many have paid legal fees in the millions.

You can be involved
The City is currently accepting maps from the public with recommendations for where the district boundaries should go. To get started on drawing your own district boundaries map, visit the city website or stop by the City Clerk’s Office in City Hall to get a map-making kit.

Very soon, the City will also begin recruiting for volunteers to serve on an Advisory Districting Committee.

District boundaries are based on demographics
A professional demographer will review and calculate demographic information for all draft maps received from the public. All suggestions are welcome and these will be reviewed based on the legal criteria in the federal and state voting rights acts. They will then all be published on the city website at menlopark.org/viewdraftmaps for public review.

Some things haven’t been decided yet
Like how many districts. There will either be six City Council districts plus an “at large” mayor or five districts and a rotating mayoral role. The City is exploring the possibilities and ramifications of each and are creating possible maps for each.