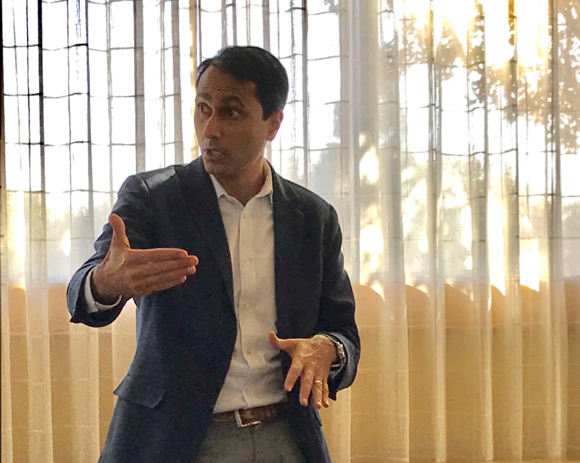 Social entrepreneur and founder of Interfaith Youth Core (IFYC), Eboo Patel (pictured right) was in Menlo Park earlier this week appearing at a couple of events sponsored by Christ Church in Portola Valley.

“IFYC was founded on a simple premise that religion should be a bridge of cooperation rather than a barrier of division,” he said at a gathering at the Rosewood Sand Hill.

According to Eboo, we live in the most religiously diverse nation in history, yet we often know little about those whose religious beliefs are different than ours. He cited the situation in 2014 when Kansas City Chiefs player Husain Abdullah, a devout Muslim, was penalized for “unsportsmanlike conduct” for kneeling in prayer in the end zone after scoring a touchdown. “We see Christians like Tim Tedrow kneeling on the field, but we don’t know what Muslim prayer looks like.” 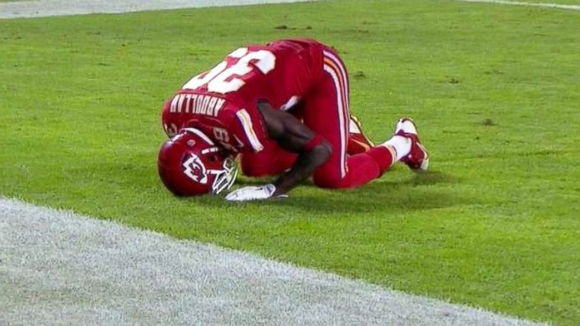 He pointed to towns like Erie, Pennsylvania where immigrants from Bosnia, Sudan, Tibet, Syria and Bhutan have relocated in the past 25 years. “The local high schools are one-third refugee kids,” he said.

“Locally, Gannon, a Catholic university, trains a lot of teachers, nurses and counselors, and Gannon is making recognizing and understanding religious diversity a priority, and its graduates take that training out into the world.”

Eboo characterized college campuses as distritbution centers. “We want to convince 2,700 colleges to make religious diversity a priority,” he said. “What you know about Islam should not come from the evening news but rather through education. The longer pattern of change starts at colleges and universities that play multiple long term roles.

“Interfaith coopération is a high civic priority. IFYC’s job is to say to higher education, this is your responsibility. Our current goal is to have 700 small liberal arts colleges adopting our leadership practices. This is long term stuff.”

Eboo’s most recent book, Interfaith Leadership: A Primer, is a guide for students, groups, and organizations seeking to foster interfaith dialogue and promote understanding across religious lines.