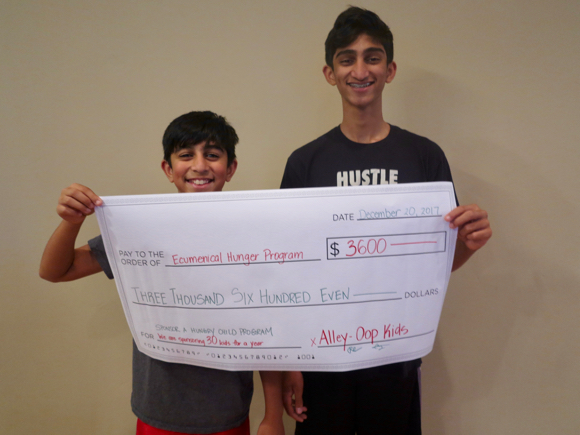 Over the years, we’e covered the activities of Menlo Park teen Shay Patel and his Alley Oop Kids organization. Now his 11-year-old brother, Rishan, is getting involved. He assembled a group of third to sixth graders and raised $3,600 this past month to donate to Ecumenical Hunger Program in East Palo Alto.

“Rishan learned that 88% of the district’s kids get free or reduced-price lunches during the week but often go hungry on the weekend. He wasn’t okay with that and wondered how they could play sports and do homework while hungry. 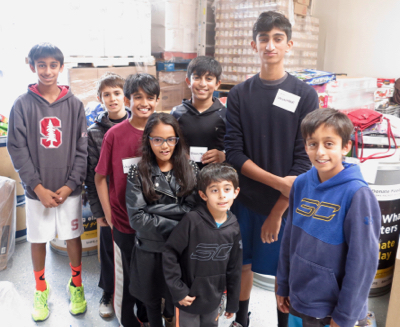 “He also learned that through EHP, $120 would feed a child on the weekends for an entire year! He called his friends [Aidhan, Sajni, Sohan and Jake] over to chat about the issue, and they set a goal of raising $3,000 to sponsor 25 kids. They ended up raising more than their goal and sponsored 30 kids!

“To raise funds, they set up an online funding campaign, and Rishan also sold our family recipe chocolate chip cookies which he baked himself through Nextdoor. One of the boys also decided to ask for donations to this cause instead of getting birthday gifts from family. With the online page and cookies, they exceeded their goal.

“They dropped off the check to the director of EHP yesterday who was very appreciative! They also stuck around to sort toys for Christmas gifts for many of these same kids.”