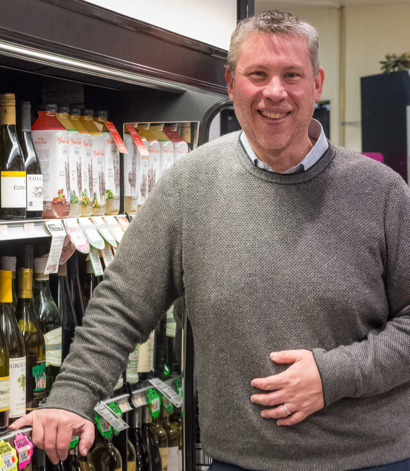 If there’s a thread to Ken MacKenzie’s professional life, it’s liquid in a bottle.

The Atherton native who attended Oak Knoll, Hillview and Menlo-Atherton, found himself in Guadalajara after college where he got married and searched for a reason to stay. The answer was 100% Agave Tequila, a product that in the late ’90s had yet to take off. His Republic Tequila brand was based in Austin, Texas.

A couple of years ago he moved back to the Peninsula where his parents still lived and his wife’s parents had moved from Guadalajara. He found himself looking for a new business opportunity. Previously, he’d explored cocktails while in Texas but never found a mixer he could recommend. 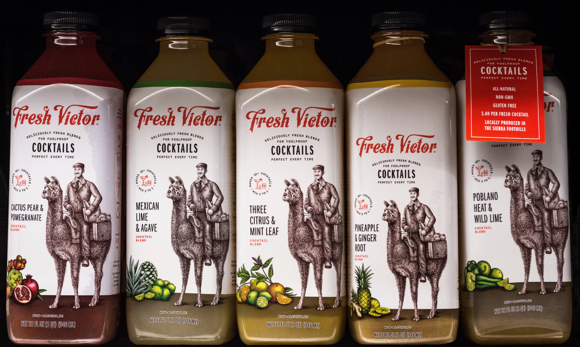 So, along with business partner Tim Brown, he started Fresh Victor, five “seriously fresh” flavors “that can be mixed with anything for foolproof cocktails” inspired by a “mysterious Peruvian and his llama.” Recipes are available online.

“We wanted to explore a category that hadn’t already been done to death,” said Ken. “People are caring a lot more about what they’re putting in their bodies, hence our very fresh beverage.”

And Fresh Victor mixers aren’t just for cocktail making. At Levi’s Stadium, they’re being used for marinading and sauces. And they’re also finding favor as a low calorie mocktail, with a ringing endorsement from a friend we encountered while talking to Ken at Draeger’s, which stocks Fresh Victor adjacent to the store’s alcoholic beverage/wine section. The mixer is also available at a number of other local stores.

“One of the nicest compliments we’ve received is from a bartender who does a lot catering,” Ken said. “He told me that he didn’t have to sample it every time. Mixology is a lot like baking and he said we make it foolproof.”