The M-A Boys Varsity Volleyball team recently visited the 49ers Academy’s co-ed volleyball team of 7th and 8th graders to work on skills development. They brought along new volleyballs, which the donated to the Academy team. 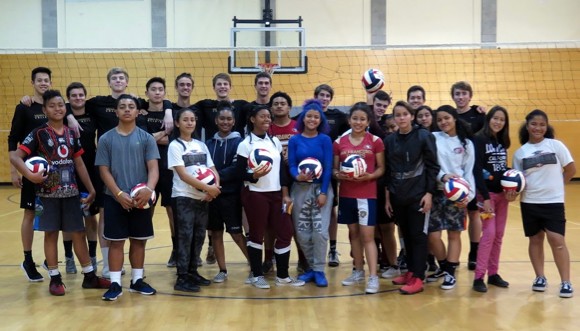