Visit with Harry Houdini in Menlo Park on March 24 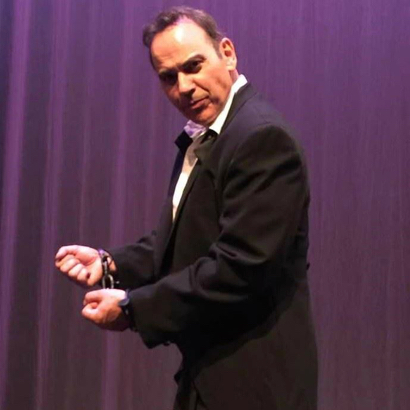 Actor Duffy Hudson returns to Menlo Park, this time with a one-man show featuring the great magician and escape artist, Harry Houdini. The show will take place on March 24 from 11:00 to noon at the City Council Chambers (701 Laurel St.)

Hudson-as-Houdini will impart fascinating details of the star’s life and career, pull off fantastical escapes, and show off enthralling bits of stage magic. You’ll have to see it to believe it — or maybe you’ll see it, and still not believe it!

The event is free, and beverages will be provided, both thanks to funding from the Friends of the Menlo Park Library.