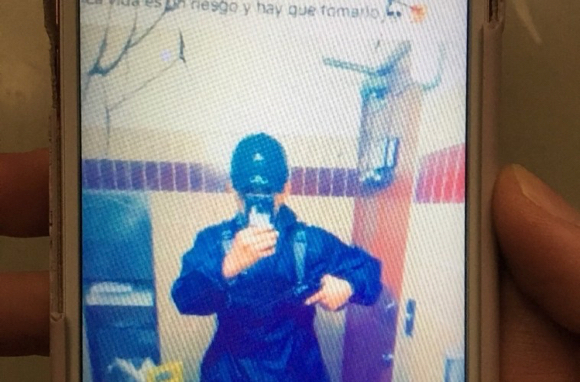 Yesterday (04/05/2018), the Atherton Police Department received additional information regarding the male juvenile who they had interviewed on Wednesday in connection with the lockdown at Menlo-Atherton High School.

Officers found the 16-year-old male subject living in a tent in the backyard of the residence. APD Officers also found what they believed was the gun held by the 16-year-old male subject in the Facebook photograph (photo top) that prompted the lockdown at M-A on April 4. This gun is a Crosman Vigilante Pellet and B.B. air pistol (.357 magnum replica).

Investigators believe this was the same gun in the Facebook photo that prompted the lockdown because a) the photograph comparisons are extremely similar, and b) the 16-year-old male subject told APD Officers it was the same pellet gun.