Capidro: A Garden of Concrete Ideas is explored on April 17 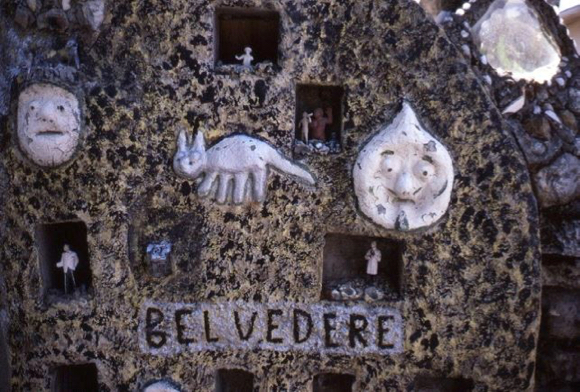 Take a virtual tour of the fantastical garden which once called Menlo Park home on Tuesday, April 17 from 6:30 to 7:30 pm at the Menlo Park Library

Once upon a time (1932) in Menlo Park, a man named John Guidici responded to personal tragedy by transforming his garden with cement, shells, sand — and just about anything else at hand.

What was created over the course of almost 50 years has been described as looking “quite otherworldly and not unlike an encrusted coral garden that had risen above the sea.” Mr. Guidici’s folk art garden, which he named “Capidro,” earned Historical Landmark status from the California Office of Historic Preservation, but this local wonder is no more.

Photojournalist Phil Pasquini will guide us along on a virtual tour of Capidro, as well as some of his other favorite folk art sites from around the U.S., as he shares the reasons he feels folk art is an important part of any community.

This program is made possible thanks to funding from the Menlo Park Friends of the Library.