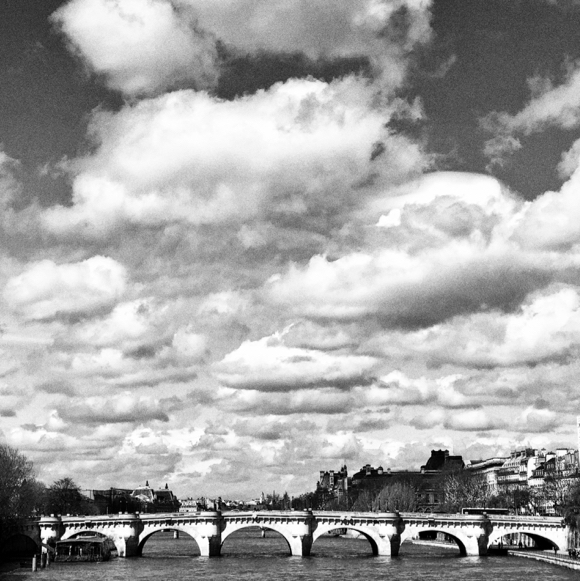 The third time is the charm for a project that InMenlo contributing photographer Irene Searles has tried to do two previous times — posting a photo every day on Facebook and Instagram. She began this year on January 1.

“I also try to take a photo every day,” she says. “My rules are that they’re taken with my iPhone 10, always in black and white and always a square format. The photo I post each day may not have been taken that day, but it’s recent. My goal is to keep photography front and center with what I’m doing.” 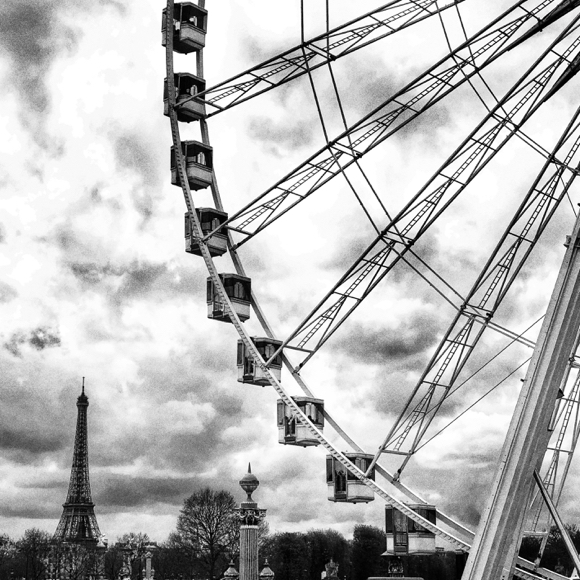 Irene’s photographs include nature/landscape shots as well as abstracts and street photography. “I’m very fortunate to have an active travel schedule this year,” she says, explaining that she’s already been in Oaxaca, Mexico; Paris and Chamonix, France; England and Hawaii.

When talking photos professionally, Irene uses either two relatively new cameras, a Nikon D850 and a Sony a7rlll, but she says, “It’s fun to take photos with  your phone! We selected three photographs taken in France to showcase here. Her comments: 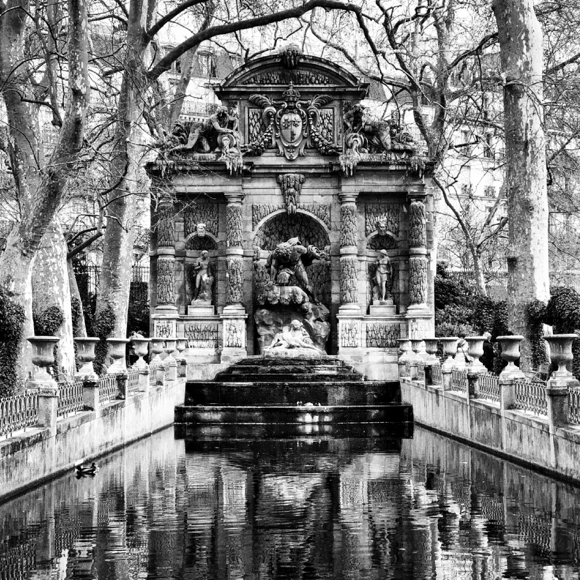 Top photo: “The architecture is framed underneath the clouds. You get such depth perception that moves you into the photo.”

Middle photo: “The ferris wheel is one of Paris’s iconic images. As I was walking by, I noticed the Eiffel Tower was behind it. All set against a moody sky.”

Bottom photo: “This fountain in the Luxembourg Gardens is something I visited almost daily when I lived there in Paris nine years ago. It’s a beautiful, quiet spot. Again, it’s the framing and leading lines.”