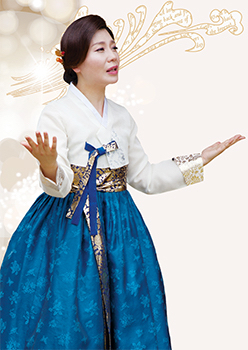 Korea’s first contemporary professional storyteller is making a stop in Menlo Park as part of her “K-Storytelling” World Tour. On May 2, at 7:00 pm, the Menlo Park Main Library will host a performance by Seung Ah Kim, who will share traditional Korean folktales for all ages.

Seung Ah Kim, based in Seoul, was inspired to tell stories from a childhood spent listening to tales shared with her by her grandmother. Kim is the founder of the Arirang Storytelling concert, and has produced several Korean storytelling concerts.

She is now on her “K-Storytelling World Tour,” with the goal of sharing Korean stories and culture with a million people around the world. To date, she has traveled to countries including the U.S., Canada, Singapore, Italy, Greece, Malaysia, Kenya, India, and Indonesia. She considers her Korean tales to be effective cross-cultural communication tools.