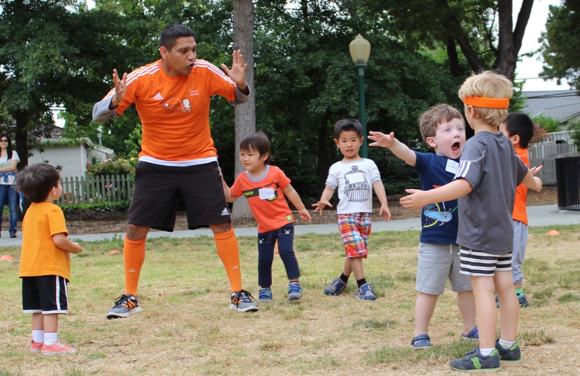 Emailed James Evans who heads the local chapter of Soccer Shots: “We have a special two-hour free event for local families with young children, celebrating Soccer Shots. It’s our 10th anniversary of serving 25,000 children in the Bay Area since 2008.

“The Fun Fest [will be on] Sat, June 2 from 10:00 am to noon at Nealon Park in Menlo Park. Partners like the SJ Earthquakes, Bright Horizons, The Riekes Center, Santa Clara University Athletics and many more will be present at the event.

“We serve 5,000 children (mostly ages 2-5) a year on the Peninsula, and 300,000 nationally. Locally, we have 30 coaches and serve all the Menlo Park public schools and many preschools. We serve 150 Menlo Park families every Saturday morning at Nealon Park.”