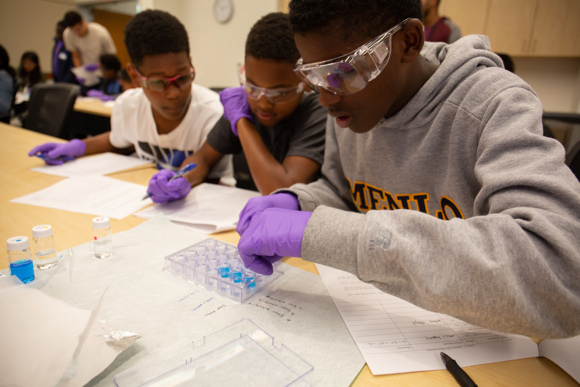 While the program has welcomed high school students for the past two years, this year 18 middle school students spent the past week learning about science and the lab’s programs and facilities, including a visit to the linear accelerator’s klystron galley.

They kicked off their STEM experience with a battery lab, observing electrochemical reactions and building aluminum-air batteries (photo top). 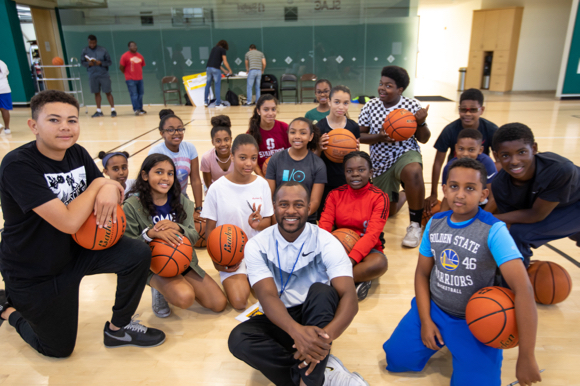 On day two at SLAC, Green Scholars hit the courts for “Physics & Basketball” with SLAC physicist Dorian Bohler, who combined drills with physics concepts, such as Newton’s first law and the layup (photo above). 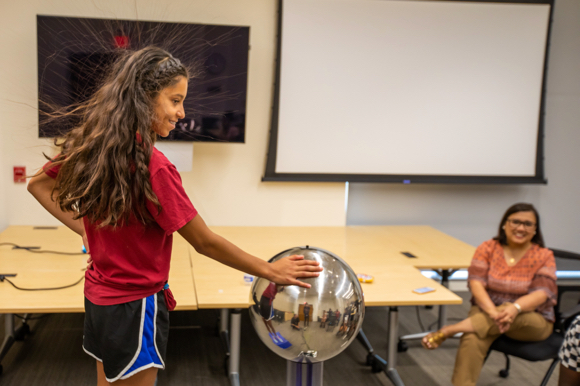 Also on day two, Greene Scholars met with scientist Daniel Stefanescu, who taught them about charge with a van de Graaf generator, which pulls electrons off the big metal sphere. The student touching the sphere, isolated from the ground, is also charged very positive so her hair stands up since all the strands are positively charged and repelling each other (photo above). Then the sphere is slowly discharged back to neutral while she’s still touching it so she doesn’t feel a shock when she lets go. 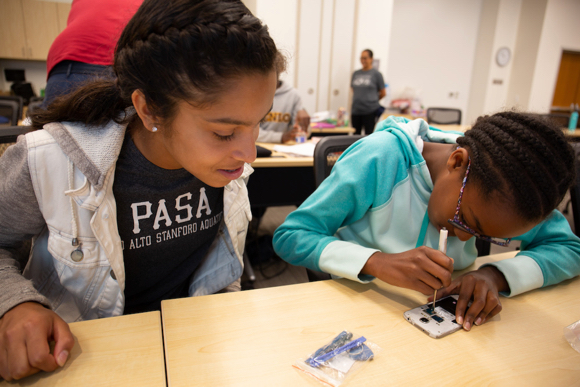 What’s in a smartphone? SLAC engineer Lydia Young led the Green Scholars in a smartphone dissection exercise after talking to them about the differences and similarities between the fields of science and engineering (photo above).